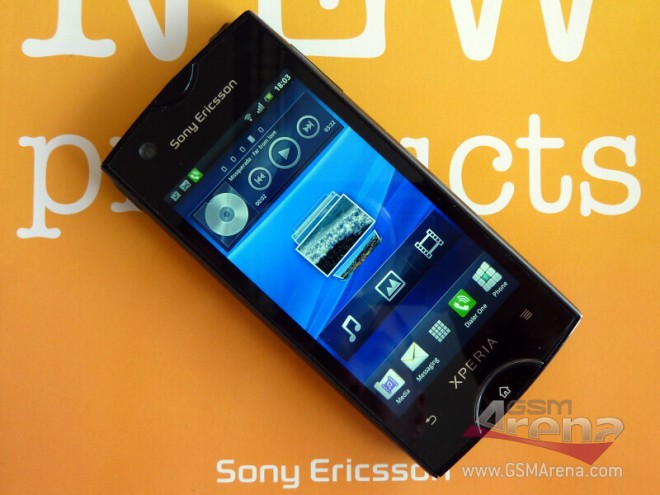 Some shots of an upcoming Sony Ericsson handset, code-named the Urushi ST18i, have bubbled up, alongside some general specs. The style of the hardware keys follow closely in what we’ve seen in the next generation of Sony Ericsson’s Mini phones, . The Urushi will have a 1 GHz Snapdragon processor, and 3.2-inch 854 x 480 display with the same Bravia goodness as the Arc. The camera clocks in at 8 megapixels and includes 720p video recording and an LED flash In its current state, the Sony Ericsson Urush runs Android 2.3.3 Gingerbread, which just recently rolled out to the latest Xperia handsets (like the Play and the Arc) with added Facebook integration.

It looks like the Urushi lacks some of the slimness and general sex appeal of the Arc, but it follows well in line with Sony Ericsson’s strategy of covering all sizes of smartphones. The X8 was a great compromise between the teeny Xperia Mini and the larger X10, and I suspect the Urushi will fill the same role for the next generation of SE’s Android handsets.

The launch isn’t expected until September, but I guess we won’t know for sure until we hear an official announcement from Sony Ericsson.

The Facebook-centric HTC ChaCha is now available in the UK through Carphone Warehouse and Phones4U (and most likely some other...