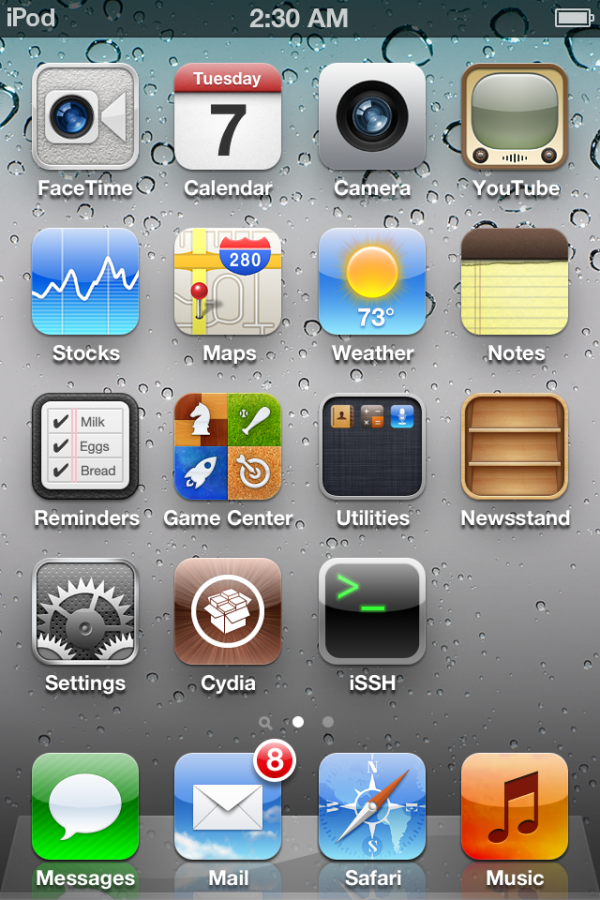 The legendary iPhone Dev-Team’s MuscleNerd got his hands on the early release of iOS 5 yesterday, and has already jailbroken it. Cydia and any apps, like MyWi and iSSH, are all working with “not too many surprises” in the process. On the more official side of things, iOS 5 includes a new app caklled Reminders, an updated notification system, a new Newsstand app to see all of your latest e-magazines, deep Twitter integration, and a whole ton of other new features. Check out our iOS 5 rundown over here.

For some time now the iPhone Dev-Team have brought us the means to get apps from somewhere outside of the official App Store. Castaways, like Grooveshark, often find a home within Cydia, as do apps that require access to private APIs that Apple doesn’t particularly like sharing. It can be a risky process, and involve a lot of work when Apple releases firmware that’s incompatible with the jailbreak, for many people it’s totally worth it.

We aren’t expecting iOS 5 to be in consumers’ hands until the fall, but the fact that the jailbreak is ready is a good sign for those that like to live on the dangerous side. Still, that’s a bit of a wait, which gives Apple time to make changes, like switch around how iOS 5 handles basebands.

Zynga launches “Hanging with Friends” for iOS, because playing Hangman with a pen and paper is too hard

Zynga, who is quickly building themselves a reputation as a leader in the mobile games area, has just launched "Hanging...