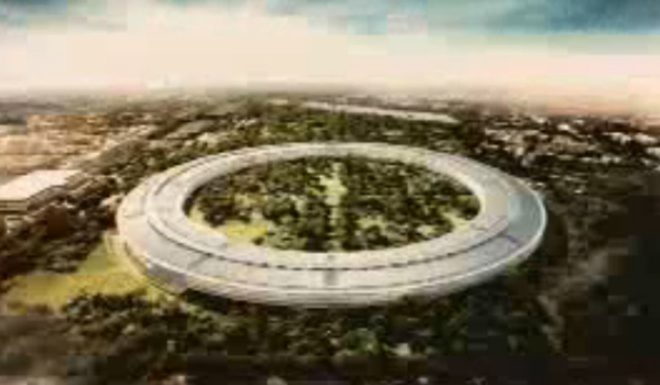 Last night, Steve Jobs paid a visit to the Cupertino City Council to pitch Apple’s plans for a new headquarters. As you can see, it promises to be a unique piece of architecture; this single structure is planned to be four stories high, house 12,000 employees, be self-powered via natural gas, and dramatically increase the green area in the city while reducing surface parking thanks to an underground facility. Under the proposed new facility, the area would have nearly double the number of trees currently on the property, including an apricot orchard. The cafe would be able to handle 3,000 people at a sitting, which is pretty essential given the size of the building. There would also be an auditorium separate from the main HQ available, and it sounded like Jobs would want to host future WWDC presentations there.

That all sounds pretty great, but what’s just about as interesting was the interplay between Jobs and the city council. He wasn’t shy about threatening to move somewhere else and taking his tax dollars with him if these plans couldn’t go through. That’s not to say the city council didn’t have it coming – Jobs was prodded for stuff like opening an Apple store, free Wi-Fi, and iPads for the community. All in all though, Jobs has basically put Cupertino on the map, and the councillors were generally pretty gushy about having Jobs in the room.

Steve said that they would like to be moving in to these new facilities in 2015, so it will be awhile before this very nice picture becomes a reality.