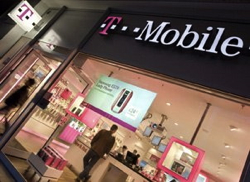 Would you rent mobile games for $0.25 for a day with the option to have that quarter added to the cost of the game if you decide to buy it? That’s what T-Mobile and WildTangent are hoping to get you to do. There are plenty of paid games out there that don’t have free, ad-supported versions, so it’s hard to tell whether you’d like it or not just by looking at screenshots. Being able to rent games for a fraction of the cost to test it out seems like a great idea.

Right now, if you want to see a paid game in action, you’d have to check message boards or YouTube to see whether the game play is even remotely interesting. If it seems nice enough, you buy the game, but sometimes it doesn’t live up to video samples, either. Renting a game to try it out before buying would really be ideal in this case. After all, brick-and-mortar stores have been renting games and consoles for years, which has been a big help for me in making buying decisions, so it’s about time the mobile industry tried out the model, too.

T-Mobile, which is attending E3 for the first time ever this week, will market and promote the app among its current subscribers, and will embed it on new Android devices going forward. It will also enable carrier billing for making purchases inside the app.

Matt Shea, WildTangent’s EVP of product development, tells me that it’s a lot like their PC games service, which allows people to play online and social games through a subscription plus advertising model.

WildTangent made it pretty clear that it’s not an app store, and that they’re not trying to become an app store, either. Instead, they are supplementing the model by giving users the option to pay for a taste of games they might like by allowing rentals.

You can also purchase what’s called “WildCoins,” or credits to be used for in-game purchases or to rent games themselves. The pricing packages will range from $3.99 to $9.99 for these credits, and as for the cost of game rentals, it will depend on the full price of the game being rented. Game rentals will become available some time later this year.

Well, folks, get ready for one of the best phones we've ever laid eyes on to land in the US...