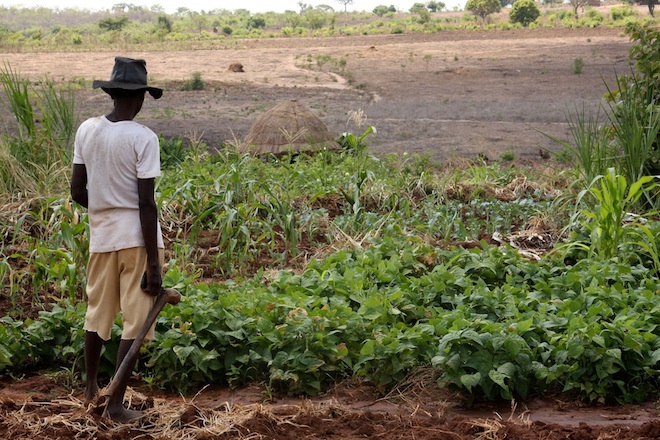 Forget being able to stream Netflix on your 4G smartphone and uploading your entire music collection to Google’s new Music Beta, mobile phones can actually be used to help people who are struggling with issues such as poverty and hunger. The Bill and Melinda Gates Foundation, looking to help farmers in developing countries, has launched the “mFarmer Initiative Fund” that will give farmers in places like Rwanda the tools they need to get a better price on their crops and even improve their crop growing techniques with information like how to best handle pests and when to plan what seeds. Chris Locke, Executive Director of the GSMA Development Fund, says:

“There are over 2.3 billion people living on less than $2 day, a large number of whom are rural smallholder farmers in developing countries and who face many issues which inhibit their agricultural productivity and limit their incomes. Through the mFarmer Initiative Fund, the GSMA Development Fund’s mAgri Programme will accelerate the provision of high-quality agricultural information services through mobile and by 2013 we aim to provide two million farmers in developing countries* with an invaluable and transformative business resource.”

Now those of you who can remember as far back as 2 years ago, something that may be a challenge in an ever faster world world of news, Nokia started trailing a similar service called “Life Tools”. Based on simple SMS technology they not only offer farmers the same sort of advice that the mFarmer Initiative plans to provide, but they’re also letting people learn English, do their school work, and for the superstitious, check up on their horoscope. As of April 2011 there are over 15 million people using Life Tools and that number is expected to explode as Nokia manages to bring to cost of their devices down year after year.

Mobile World Congress 2011 will be the place to be to see this year's hottest mobile gadgets - you know,...