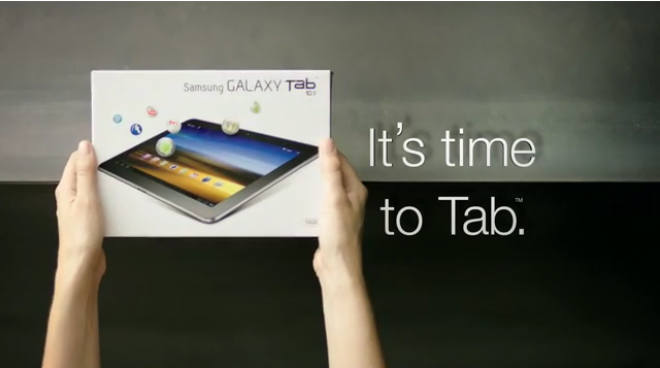 To say that Samsung’s Galaxy Tab 10.1 isn’t the best Android tablet to exist would just be silly. For now. Samsung’s latest entry into the tablet arena shows that the company has learned from its past mistakes, and has the chops to take on just about any tablet on the market today. The video below shows us just that.

Android tablets likely haven’t been selling all that well for many reasons. From pricing and contracts to application selection and quality, one must consider what they really want out of an Android tablet, as there are many options and not all of those options are good ones. Even today, Android Honeycomb could be a bit more robust and has a slight learning curve even for advanced Android smartphone users, but OS version is key when choosing an Android tablet. Great hardware needs great software and Honeycomb is still in its infancy.

For some time now there has only been the Motorola Xoom to choose from, and while it doesn’t seem to be a total flop it’s hardly in the arena of  the iPad . Samsung plans to change all that with its Galaxy Tab 10.1, or try to at least. Obviously the name of the game is to beat Apple’s iPad, and while that won’t happen with one tablet, we’d say Samsung has the best chance. If you want to be the best you need to beat the best in every way you can, and that’s what Samsung has done with the Galaxy Tab 10.1. The iPad 2 is thinner, lighter, and faster than its predecessor, as we all expected, and Samsung just played off of that.

The Galaxy Tab 10.1 is literally a dream to hold onto, and our review of the tablet is very good. However, the hardware isn’t Samsung’s biggest challenge, but the Android OS itself. With a much smaller amount of tablet optimized applications in the Android Market, the Tab 10.1 simply can’t compete with the likes of the iPad at all. Some may find the thing they need to do through Flash, which is a much better experience with the NVIDIA Tegra 2 processor, but it’s just not at simple as downloading an application to have at your fingertips at all times.

Either way, if you’re looking for an Android tablet and just can’t wait for NVIDIA’s Kal-El offerings, do yourself a favor and grab the Galaxy Tab 10.1.

Check out the new ad below!

Winamp is easily becoming one of the best stock music player replacements for Android and it proves just that with...