It’s tough to go to a restaurant or any public setting and not see a parent hand their kid an iPhone or iPod touch in order to keep them quiet, so I guess it was just a matter of time before someone decided to use iOS to create a baby monitor. The Evoz app has just hit its public beta and it aims to help you use your iOS device to help you monitor and track your kid’s sleeping habits.

The Evoz app will let you turn your iOS device into a listening device for your baby monitor. It’s software-only for now but the company will be releasing its own hardware baby monitor later this year that can keep you connected with your device over WiFi. Just being able to listen to a monitor on your phone is neat but the company also includes some good tools which could come in handy.

You’ll be able to track how many times your child has cried through the night and the folks behind the Evoz app said it has created some good back-end technology to actually determine when the child is crying, not just when the background noise levels have gone up. Upgrades will allow you to get instant alerts via e-mail and other forms and there will also be ways to tie your data in with social networks like Facebook and Twitter.

As I mentioned before, the Evoz app for baby monitoring is software-only for now so it will only really work if you have a spare iOS device laying around but I’m very interested to see how this does once the company has released a standalone baby monitor. 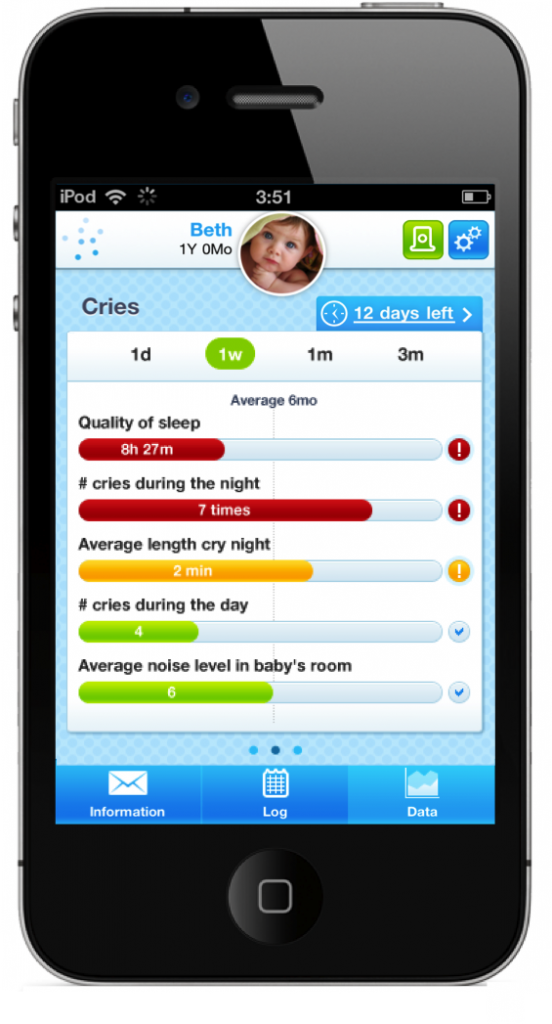