Who was the first North American operator to launch a 4G LTE network? If you said Verizon, you’d be wrong. That honor goes to MetroPCS, one of the smaller regional operators with a little under 9 million subscribers. Their first device 4G LTE device was a Samsung feature phone that we won’t even bother mentioning. Things only got interesting when they launched the Samsung Indulge in February of this year; a 3.5 inch Android smartphone with a QWERTY keyboard. According to information obtained by Howard Forums member “wagonis”, MetroPCS is going to add a second 4G LTE Android smartphone to their portfolio this year, and it’s called the LG MS910 Bryce. If it looks a bit familiar to you, then you’re right, you’ve seen it on IntoMobile before as the LG Revolution for Verizon Wireless. The key differences between the Bryce and the Revolution however include lower internal storage, 4 GB vs. 16 GB, and a newer version of Android, 2.3.4 vs. 2.2, everything else, such as the 4.3 inch 800 x 480 pixel resolution screen, 5 megapixel camera, and 1 GHz Qualcomm Snapdragon processor, stay the same. When exactly will it come out and how much will it cost? We’ve got no idea, but expect the price to be a tad bit on the higher end of the spectrum as MetroPCS doesn’t do subsidies. 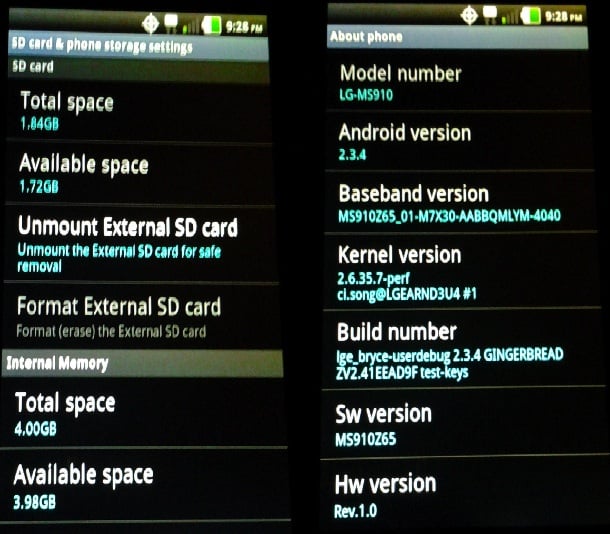 Now the question is should you buy it once it’s released or wait for something else. For one thing, MetroPCS has true unlimited data, something Verizon just stopped offering earlier this month. That’s incentive enough to go with the Bryce. On the other hand Google is set to launch a new version of their Android operating system called Ice Cream Sandwich later this year, so if you’re the kind of person who like to keep up to date, buying the Bryce and then having it declared a generation old in just a few weeks may be a little bit heart breaking.

We leave it up to you.

While Asus' Eee Pad Transformer keeps selling like hot cupcakes on a cold winter day, the Taiwanese company has a...