Feel free to call us out on this one, but doesn’t every mobile phone from Samsung look exactly the same? Take a look at the Wave 725, an as yet to be announced handset that runs Bada 2.0, Samsung’s homegrown operating system. It looks like the Tocco, their infinitely popular feature phone that sold well due to the sole fact that it had a touch screen. According to the folks at Bada World, the 725 will have a 3.65 inch 320 x 480 pixel display, support for near field communication, 5 megapixel camera, VGA resolution front facing camera, WiFi, and Bluetooth 3.0; we sure hope there’s a typo in there and that GPS also comes standard. Anyway, what’s so special about Bada 2.0 compared to the version that’s currently floating around in the market right now? For one thing it adds support for NFC, which will be critically important once mobile payments take off. When that’ll happen is anyone’s guess at this point. There’s also multitasking, something we’d like to see demoed, because it can be as stupid as “intelligent backgrounding” in Android, or as smart as the new UI in Nokia’s N9. The guys at Unwired View say we should be hearing more about this thing in September, so we’re not too far off from that. 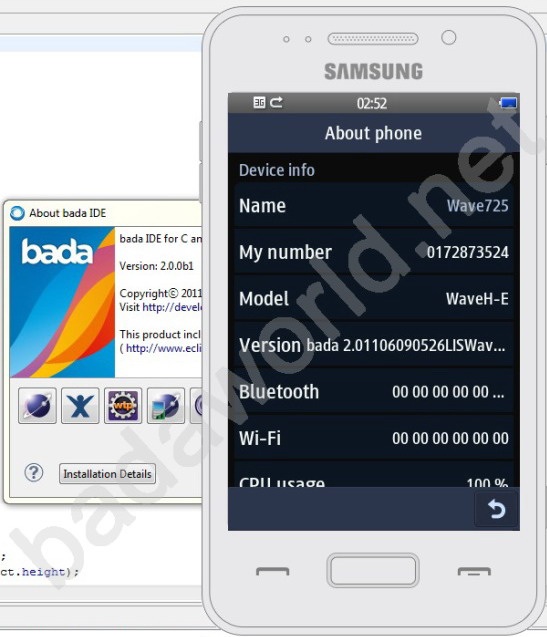 Should you go with Bada? The question is why is that even an option? By the end of this year there should be more Android models for you to consider than you can shake a stick at, some hopefully running Ice Cream Sandwich. The only thing Bada offers is … nothing, there’s nothing it offers. It’s an operating system designed to replace the feature phone OS that currently powers Samsung’s mid to low end portfolio. Why not shove Android in the mid to low end? There’s this whole patent licensing thing that’s brewing in the courts and Samsung may be forced to pay a royalty to key companies for every Android device they ship.

That’s obviously something they’d rather not do.

Idea: HP and Samsung should team-up to make webOS awesome

Again I'm continuing to rant about webOS. Presuming it won't die out -- and I think webOS is the only...