Facebook’s iPhone app is consistently in Apple’s list of the top 25 free applications download, and for good reason too. The social network has over 750 million active users, there are push enabled notifications so you don’t miss a thing, and who wouldn’t want to check up on their friends when there’s a few minutes to kill? Oddly enough however, there hasn’t been an iPad version of Facebook’s app, and people have been speculating if that’s because the company was pushing to make a browser optimized version that all mobile devices, tablets too, could use. Looks like that theory can now be thrown out the window since Marvin Bernal, a self proclaimed “iOS Enthusiast” who is studying computer engineering in Canada, discovered that the new version of Facebook (3.4.4) can be modified using a jailbroken iPad to enable the iPad version of the application. For full instructions on how to do this, check out this post on The Next Web, and for a comprehensive gallery of the iPad app, see this TechCrunch post. 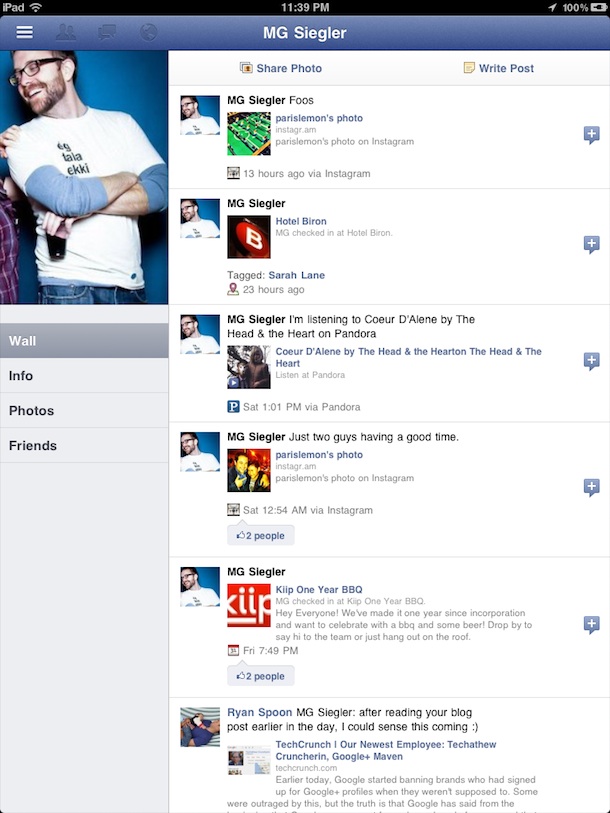 Now if you’re wondering how Facebook can put both the iPad and iPhone version in the same file, it’s mostly got to do with the way Apple handles apps in the App Store. Instead of releasing multiple versions of an application, one for iPad, one for iPhone, all apps are universal. You download one file and depending on which device you access it on, you get the right version. Google recently decided to do the same thing, seeing as how some developers are writing applications to take advantage of dual core devices, and to distribute them they’d have to litter the Android Market with multiple versions of what was essentially the same app.

Anyway, the good news here is that there’s a strong chance that the iPad version of Facebook will be released sooner rather than later. Might they be waiting for iOS 5 to throw in some new features? We can only speculate at this point.

As part of its strategy to make the entire world its playground, Apple is expanding the AppStore reach to additional...