Samsung’s wildly popular Galaxy S II, which some argue to be the most powerful smartphone on the planet, has been noticeably absent on American shores. That’s due to change next month according to Shin Jong-kyun, President of Samsung’s Mobile Business and Digital Imaging. Knowing how the big four operators roll though, we expect the Galaxy S II to look a little different depending on who offers it. Just yesterday we reported about the possability that AT&T’s version of the Galaxy S II would feature a QWERTY keyboard, and now thanks to the Boy Genius Report we have images to backup that claim. Taking a look at the somewhat grainy photos we can see a four row keyboard flanked by dedicated Android keys on either side, the same 8 megapixel camera that Europeans and Asians have been enjoying, and a new textured rear cover that looks like something off the butt of a rifle. Said smartphone is called the “SGH-I927” and runs version 2.3.4 of Android. 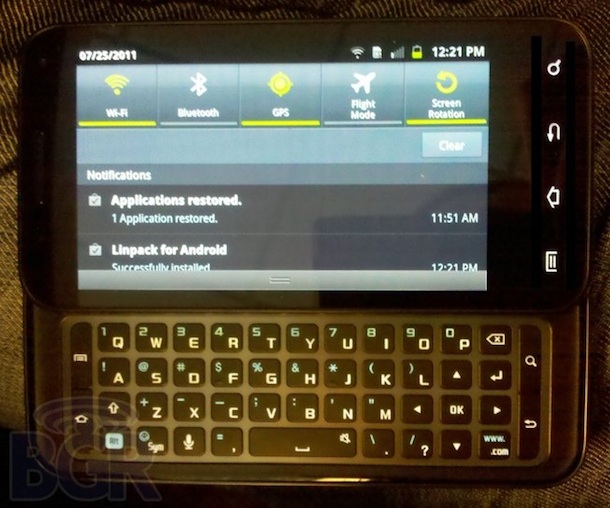 How much will it cost? When exactly is it going to launch? These things we’ll find out in due time, but from what we’ve seen so far we think you’re better off just importing a European model and shoving your SIM card inside. How often are you really going to use that QWERTY keyboard? With a 4.3 inch screen, the keys should be big enough for you to type out a text without making too many mistakes. There’s also the question of software updates, which AT&T is terrible at, but with an unlocked handset you jump to the front of the line when it comes to getting the latest and greatest versions of Android. Speaking about versions of Android, in less than 6 months we’ll be seeing the first devices running Ice Cream Sandwich, so do you want to be labeled “out of date” after just 2 quarters?

Anyway, one more photo for you while you think about how best to blow your paycheck: 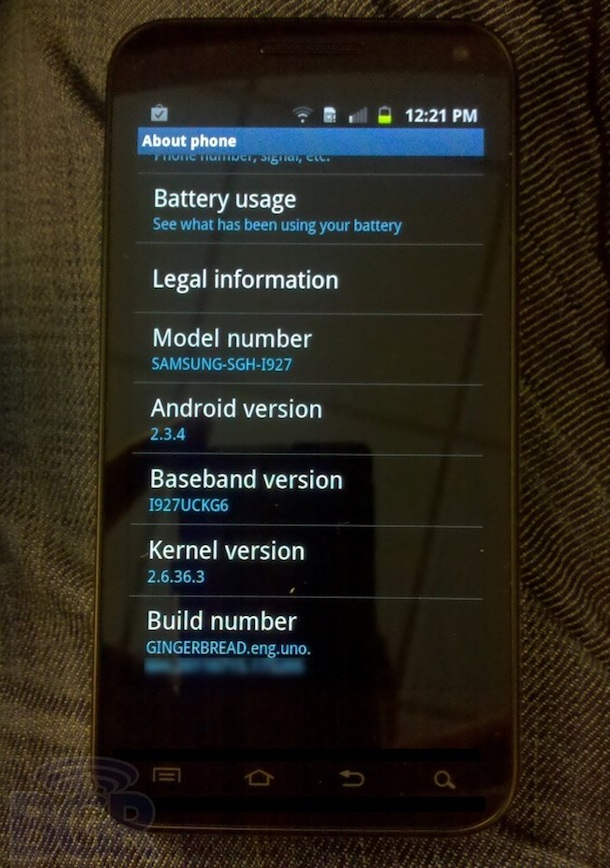 Samsung Galaxy Tab 10.1 with Verizon 4G LTE to start selling this Thursday for $529

Samsung's much adored Galaxy Tab 10.1 is set to come to Verizon this coming Thursday for $529. For that amount...