The wait for the Motorola Droid Bionic is finally coming to an end, and Verizon’s first dual-core LTE phone will soon be upon us. The handset has garnered quite the following since we first saw it back in January and even the massive redesign didn’t seem to sway interest for the Bionic. Can the Bionic hold onto the hype once the smoke has cleared and it’s officially available to the world or was the hype all in the wait?

I’m not going to tell you that the Bionic will flop at all. No, the handset will likely do just fine in sales, but I do question whether people are actually genuinely excited about this Motorola product, or if it’s because this particular product has the guts most people have been looking for: a combination of an LTE radio and a dual-core processor. I’m going to go with the latter.

Single core is so last year and ever since the release of the Thunderbolt, many people have been looking forward to the first dual-core LTE phone, something Motorola promised eight months ago. But with delay after delay, will the Bionic deliver when it finally debuts?

This is still a Motorola phone we’re talking about and that means that we can expect a couple of things out of the gate. Number one being Motoblur, the custom UI that really butchers the experience of the phone. We’re not going to get into it that much here, though. Another thing we can expect from the Bionic, If history repeats itself,  is that it will ship with the same display type as the Photon and the Droid X 2, which hinders the clarity of the qHD screen significantly.  We’ll have to wait on the latter, but both Motoblur and the Pentile displays have become a given when it comes to Motorola phones, lately. (Droid-Life breaks down the Droid X 2’s display rather well here)

The newly redesigned Bionic got some hands-on love recently, and we were surprised to see that the handset itself didn’t seem to shave much weight off. This is likely due to the LTE radio, which still needs to mature before you’ll see smaller handsets but the Bionic is still a chunker. The redesign itself basically involved taking another handset’s design and using that instead of going back to the drawing board for the Bionic. Judging from the pictures below, the Bionic looks like a thicker Droid X 2, and nothing more. 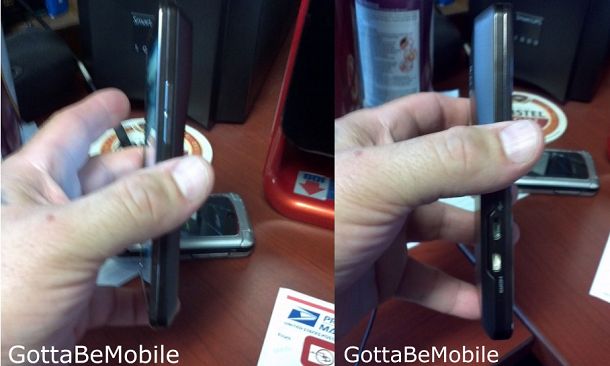 If the majority of the hype behind the Droid Bionic is mostly due to its LTE/dual-core CPU combo, then the hype will be short-lived. According to the leaked Verizon roadmap, the Samsung Stratosphere should launch the same day, and there’s a good chance that it’s the U.S. version of the Galaxy S 2, which ships with a 1.2GHz dual-core processor. With more than one dual-core/LTE option available on launch day, we’ll soon see if the Droid Bionic really got it right, or if it got it right at the time.

So if you’re interested in the Droid Bionic, what’s the main draw for you?  Could a device with similar specs sway you, or are you dead set on the Bionic?

The Federal Trade Commission will be taking a hard look at how Google controls Android in its antitrust investigation, according...