Microsoft finished work on the next version of Windows Phone, dubbed Mango, a little over two weeks ago. Between now and the end of the end of this year you can expect to see a slew of smartphones running Mango hitting the market. We’ve seen one already, the Fujitsu Toshiba IS12T, but that’s not going to be available outside of Japan. So what can we (Europeans and Americans) look forward to come this holiday shopping season? Pictured above is the HTC Mazaa, which looks like the HTC Trophy that Verizon Wireless started selling less than three months ago, but it’s running Windows Phone Mango. According to the guy who supplied said photo, it feels “faster” than any other previous Windows Phone. How much of that is attributable to a faster processor versus a more optimized version of Windows Phone is something we’ll have to wait and judge ourselves. 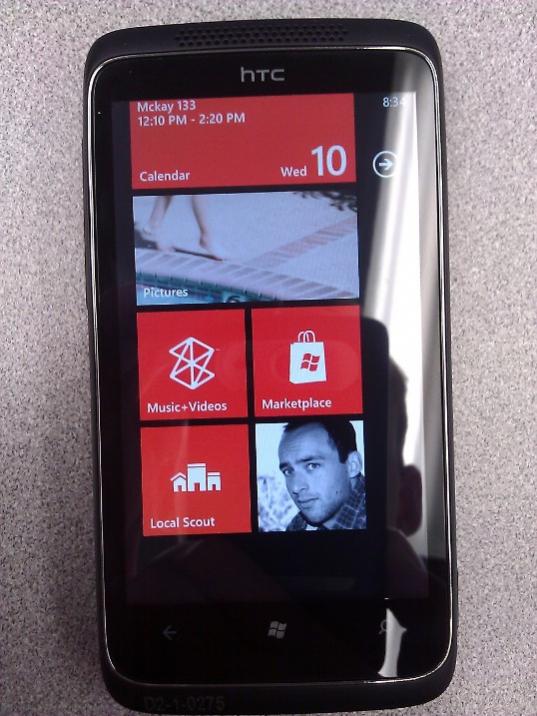 There’s not much we can say about this thing because we don’t have a spec sheet, we don’t have a price tag, and let’s be honest here, the world is waiting for Nokia Windows Phones, not HTC, Samsung, or LG Windows Phones. Mango also doesn’t really bring anything that new to the table. Yes, the browser is better, and “Local Scout” is somewhat handy if you don’t know how to use the “What’s Nearby” feature of Google.com’s location enabled mobile website, but other than that … Mango is going to hit the scene at roughly the same time the next generation iPhone will start shipping and Android Ice Cream Sandwich comes out and blows our minds. It’s not that Windows Phone isn’t good, it’s pretty and easy to use, but American operators aren’t backing it.

Call us when Windows Phone 8, supposedly called Apollo, ships late next year. By then we should see the really awesome stuff that the boys and girls in Redmond have been brewing in their secret labs.

About 14 hours ago we reported that Taiwanese handset vendor HTC was going to be announcing "major news today". Thanks...