On the heels of our recent “Can Apple wow us again with the iPhone 5?” article, I decided to prepare a little chart (or that’s infographics?) to compare the iPhone 5 with its major competitors in the U.S. The competing devices (as far as I’m concerned) include Samsung Galaxy S II, HTC Evo 3D and Motorola DROID Bionic. I’ve used the rumored specs of the iPhone 5 and will definitely update the image (or create a new one) as soon as Apple officially unveils its latest smartphone. In the meantime, as you’re about to see – the Cupertino guys are facing a tough competition.

I do realize specs are only one piece of the puzzle and that Apple’s key strengths are its coolness and an awesome out-of-box experience. However, those are hard to quantify and will have to leave them for some other graphics. 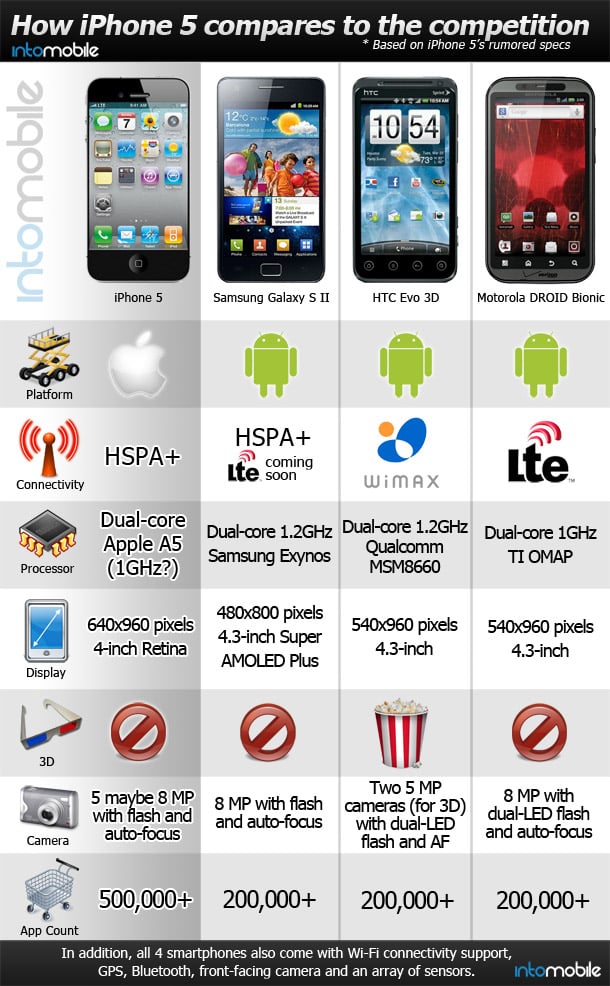 Feel free to comment on and/or re-post our image – just please make sure to give us a credit. 😉

And if you need an even bigger image, you can get it from here…

KAYAK has updated its ever popular iPhone app, making it even more useful. There are few enhancements included in this...