After seeing the LG Optimus Sol up close earlier this month, we wondered when South Korea’s other mobile phone maker would make this Samsung Galaxy S clone official. Well … it just happened. The Optimus Sol is set to come out in mid September in Europe, will be available in 3 different colors (black, titan, and white), and it’ll feature a 1 GHz processor, 9.8 mm thin body, 3.8 inch “Ultra AMOLED” display with your standard resolution of 480 x 800 pixels, 5 megapixel camera, and an “enhanced idle-based power management system that boosts battery life by 20 to 30 percent”, which they’re calling “Dark UI”. It’s already been well documented that AMOLED displays burn through batteries like no tomorrow when having to display white, so we’re assuming this “Dark UI” is nothing more than a theme with as little use of white as possible. Curiously, Dr. Jong-seok Park, President and CEO of LG Mobile, says: “The Optimus Sol stands out from its competitors as the most affordable 1 GHz Android smartphone with an AMOLED display,” yet the press release fails to mention how much the Sol will actually cost. 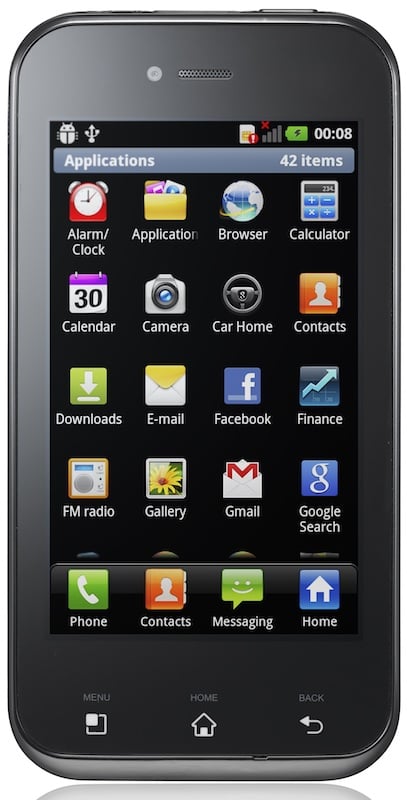 Seeing as how there is no price tag, it’s hard for us to judge this thing. Considering the first generation Samsung Galaxy S has already been out on the market for 14 months, we’re thinking it’s the better purchase based on the now hugely discounted price. The spec sheet is also practically the same, and Samsung has been rather good when it comes to issuing software updates. Not only that, but should you want to throw a custom ROM on your device, the Galaxy S is widely supported by the community.

What do you think, is the Sol the epitome of the state of boredom currently facing the mobile industry? Not only is it a “me too” product, but a year old “me too” product at that!

What do you know, Yahoo also wants a piece of the ever-growing Android market despite the fact that the mobile...