When you sit down and think about how many companies have come out with tablets running Google’s Android operating system, it’s kind of funny that HTC isn’t one of those said companies; the Flyer doesn’t count since it runs the smartphone version of Android, not Honeycomb. Anyway, earlier this summer we got a peak at some press shots of what HTC’s first tablet would look like, along with a codename: Puccini. Thanks to an anonymous source who contacted Engadget, we now have the first real world photos of the Puccini, and as you’d expect … it looks like every other Android tablet on the market. What makes it “special”, if you even want to use that term, is that it includes support for AT&T’s 4G LTE network. We’re curious to see what sort of download speeds the Puccini will be capable of, and more importantly how AT&T will price their data plans for this thing. Other notable specifications include a dual core 1.5 GHz processor, 1 GB of RAM, 8 megapixel camera, 10.1 inch display with a WXGA resolution, which we’re going to assume means 1280 x 800 pixels. 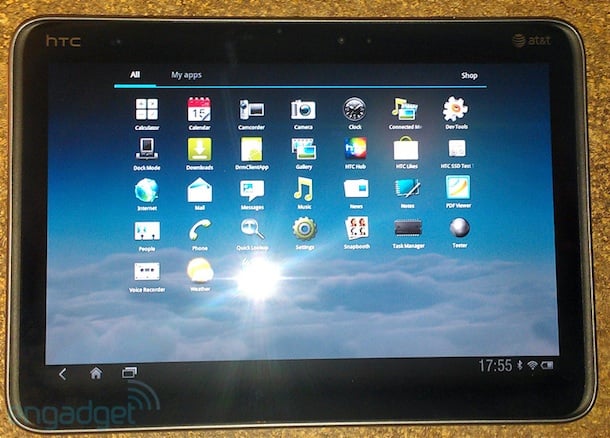 The source goes on to say that the Puccini will go on sale soon, though fails to mention any pricing information. Will AT&T subsidize the Puccini like they do with their mobile phone portfolio, or will they make you fork over $500 like Apple and pretty much everyone else does? The answer to that question will coincide with how successful this tablet will be. We honestly can’t imagine someone wanting to pick this tablet up over the iPad, just because it comes with 4G LTE. While it’s nice to have bundled connectivity, it’s the ecosystem of applications and accessories that matter.

Oh and even if you are considering buying this, don’t. Google’s next version of Android, dubbed Ice Cream Sandwich, is due to come out this fall. Expect a new generation of tablets, likely with quad core processor, to be released.

[Photo at the top of this article is of Giacomo Puccini]

We all know that the StubHub app is a great way to buy tickets for sporting events but the company...