The bean counters at iSuppli have put their thinking caps on, and after analyzing the current trends taking place in the mobile market they’ve come up with the prediction that during the year 2015 there will be 1.03 billion handsets sold, of which 54.5% will be what one might typically call a “smartphone”. To give some numbers for comparison, this year iSuppli expects 32.5% of all mobile phones sold to be smartphones, which in it of itself is a huge increase from the 15.8% figure for 2009. What sort of devices will finally end the rein of the dumbphone and in which territories will they be sold? Francis Sideco, Senior Principal Analyst at iSuppli says:

“With their affordable prices, low-end smart phones are attractive to first-time users and to consumers in emerging economies where subscriber levels are rising at the fastest rates of all regions of the world, such as China, India, South Asia and Africa. Low-end smart phones often are sold with inexpensive tiered data plans that target consumers who do not yet need full-featured services. This further reduces these phones’ total cost of ownership, making them attractive to vast numbers of entry-level consumers.”

So at this point you’ve got to ask yourself, if you’re the kind of company that wants to “skate to where the puck will be”, then should you just stop making feature phones and concentrate on making the best sub $150 or even sub $100 smartphone that you can? They’re already out there, built by Chinese companies such as Huawei and ZTE, and Indian companies such as Micromax. Nokia tried to reach that price point with Symbian, but we all know that they’re going to throw that operating system out the window by this time next year. 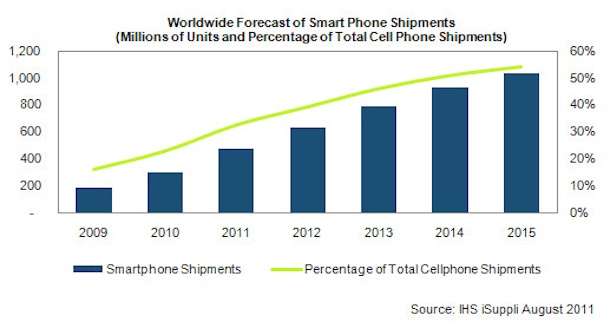 It’s not like we don’t appreciate the usefulness a $20 bare bones mobile phone can provide to someone like a farmer in Somalia today, but companies don’t work out of charity. They seek profit margins, and there frankly are none when you reach that low a price point.

[Photo from the article “Huawei: IDEOS U8150 Commands 45% Of Kenyan Smartphone Market” on TechMtaa]

Well, it looks like Verizon Wireless has just gained another notch under its belt when it comes to the carrier...