We’re live at the Samsung Galaxy S II event and AT&T has just announced that its version of the Galaxy S II will have a slightly smaller screen but it will also be the thinnest 4G smartphone around.

According to the official specs, the AT&T Galaxy S II will include: 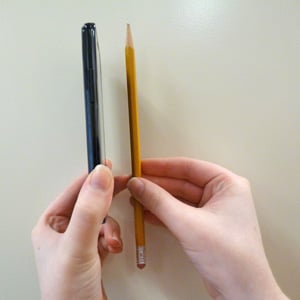 The company says that the Android superphone will be 8.89 millimeters thick, which makes it the thinnest 4G smartphone round. While I’m sure that could change by next month, that is quite a thin profile. Is that profile worth losing some screen size though?

The AT&T Galaxy S II didn’t get an exact release date other than “in the coming weeks” and we’d guess it will come out after the Sprint Epic 4G Touch on Sept. 16. The pricing isn’t set in stone either but we’re guessing it will land for $199 with a new contract.

Follow our live blog for more details. Note: the main image is from the international version – we needed a big picture. Here’s AT&T infographic about the size of the upcoming Galaxy S II: 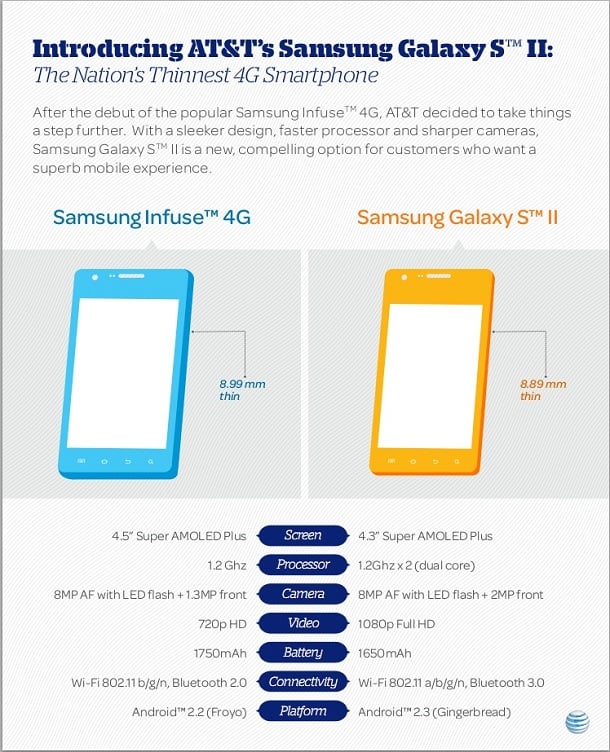 T-Mobile has officially announced the Samsung Galaxy S II and you'll soon be able to get one of the hottest...