When it comes to Android smartphones, two companies from China stand out as potentially disrupting the established players of the mobile industry. Both ZTE and Huawei have come out of nowhere, starting out as infrastructure vendors, and now they both offer a compelling portfolio of smartphones that may not have bleeding edge specifications, but they do come in at price points that their competitors can’t match. The latest of such smartphones is the Huawei Honor, more generically called the U8860. It sports a 4 inch screen with a resolution of 854 x 480 pixels, it has an 8 megapixel camera that can capture 720p video, the processor inside is single core, but clocked at a blistering 1.4 GHz, it’s less than 10 mm thin, and all that should cost roughly $300 when it comes out in Q4 of this year. The Honor runs Android Gingerbread, and as you can see in the image above, it’ll also support future versions of Google’s mobile operating system. Whether than means the Honor will eventually run Ice Cream Sandwich is still undecided. 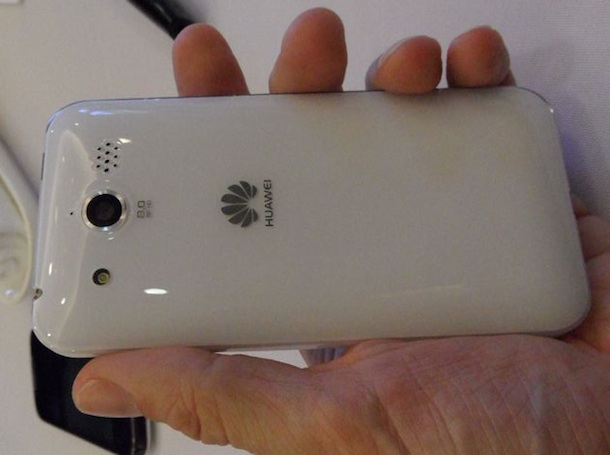 Now yes, this device bears a strong resemblance to the first generation Samsung Galaxy S, but so what? For once a Chinese handset maker has reached the same sort of fit and finish levels that Samsung has had for the past few years. That in it of itself is impressive. The Honor will come to the United States this November as the Glory on Cricket. The folks at PC Mag had some hands-on time with a preproduction unit and said that it was built out of “quality plastics”, and they were also floored when Huawei told them the Honor/Glory will have a 1900 mAh battery. That’s even bigger than the 1850 mAh battery driving the new 4.5 inch Samsung Galaxy S II LTE.

Sadly Huawei has hoped onboard the “let’s customize Android in order to differentiate” train, but hopefully they’ll keep things toned down enough that using an Honor won’t make us punch ourselves in the face.