Devices running Microsoft’s Windows Phone Mango operating system are due to arrive in time for the 2011 holiday shopping season. We’ve known for quite a while about the improved web browser, third party multitasking, and Twitter integration, but what about the camera application? Well, today Microsoft published quite a lengthy blog post detailing what we can come to expect. Features include: tagging your Facebook friends, now built into the OS; sharing videos via email, Facebook, or SkyDrive is now built in as well; autofix is a one button cure all to make your photos look better; tap to focus is now included; and your camera will now memorize the last settings you used so when you start up the app it’ll be locked and loaded. All of these things are welcome, but it’s going to take some amazing hardware to make Mango really shine, and that’s where Nokia comes in. 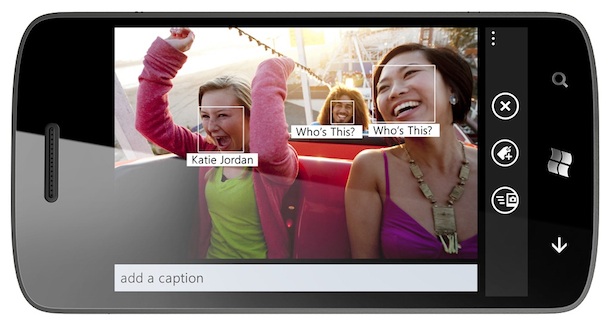 There’s little doubt in our minds that at some point in 2012 Nokia will release the successor to the highly praised N8. Said Symbian smartphone has been heralded by the technology press as the best camera phone on the market, and it still is, despite being close to a year old. When the N8 successor ships, and it runs Microsoft’s latest version of Windows Phone, hopefully Apollo, it’s going to turn some heads. Since Nokia no longer has to worry about making software, and they can concentrate on what they do best, hardware, there’s no limit to what sort of things they’ll be able to do given a high enough bill of materials and the best of breed components on the market.

Will the competition be able to catch up? They do, after all, have to worry about software (read: molesting Android in order to differentiate themselves from the next guy) and sourcing the various bits and bobs needed to make up a phone.

ComScore: Samsung grabs 25% of the US mobile Market, Android 41% of OS share

ComScore has just released its latest report for the past three months ending in July. In these months, Samsung has...