Today at IFA 2011 in Berlin Samsung announced two devices that, from a hardware perspective, are practically the same. Both the Galaxy Note and the Galaxy Tab 7.7 have a dual core 1.4 GHz processor, both have 1 GB of RAM, and both have screens with a resolution of 1280 x 800 pixels. Now let’s get to the key differences. The Galaxy Note has a 5.3 inch screen, runs Android 2.3 Gingerbread, has an 8 megapixel camera, 2500 mAh battery, is 9.65 mm thick, and it’ll come in two versions; one has HSPA+ connectivity, the other does LTE. The Galaxy Tab 7.7 has a 7.7 inch screen, runs Android 3.2 Honeycomb, has a 3 megapixel camera, 5100 mAh battery, is an astonishing 7.89 mm thick, and it’ll do 21 Mbps HSPA+. Pricing and availability for both of these devices has yet to be announced, which is a major fail on Samsung’s part. 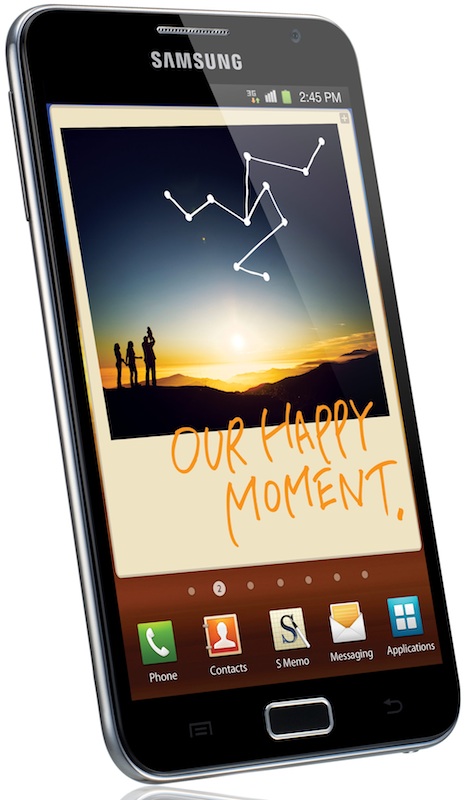 Are we enthusiastic about either of these devices? Not really. Carrying around a 5.3 inch smartphone (pictured above) doesn’t really make sense from an ergonomic perspective, and we’re pretty sure the folks at Levi’s aren’t going to get busy designing a whole new lineup of jeans that can carry such a beast of a device. Then there’s the Tab 7.7 (pictured below), which might be awesome if it ran Ice Cream Sandwich, the next version of Google Android, but sadly it doesn’t, and while there are Honeycomb fans out there, we just can’t recommend it at this point in time since it doesn’t quite stack up to the iPad. 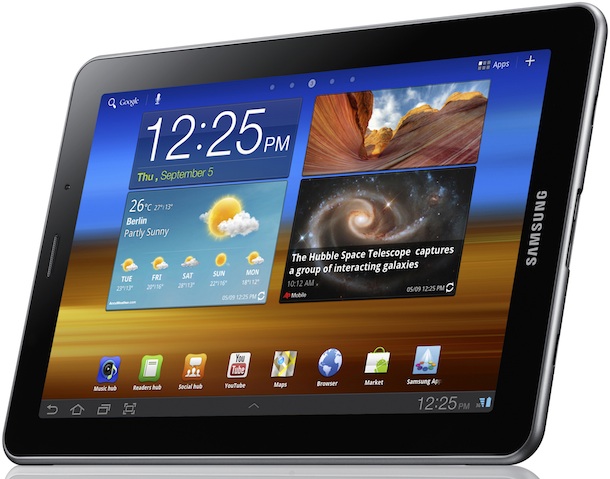 That being said, we’re sure these devices will have an audience with at least a few people … people who we’ll likely never understand, but hey, at least Samsung is trying something new. Do let us know if you’re interesting in the Galaxy Note or Galaxy Tab 7.7, we’re curious to understand just what exactly is going on in your head. Were you abused as a child? Did the boys at school tease you in the shower after gym class? Just kidding.

Update: One more thing … the Galaxy Note comes with a stylus. Not kidding.

HTC's recent $300 million purchase of a majority stake in Beats Audio, a company that offers headphones that are markedly...