Microsoft just unveiled some more details about its ambitious Windows 8 operating system at Build 2011 and we’ve been playing with a prototype tablet for almost 24 hours and we must say that there’s a lot of promise with Microsoft’s new platform.

Windows 8 isn’t the company’s tablet-specific OS, as it’s the next generation of its platform and it’s meant for screen sizes from 7 inches to 70 inches. Of course, the success of devices like the Apple iPad are definitely a factor in this, as the whole thing has been rethought with responsive multitouch in mind and a big focus on apps.

As for the Samsung tablet, it’s not quite what was rumored; but it’s still quite a powerful machine with an 11.6-inch screen with an 1366 x 768 resolution, a second-generation Intel core i5 processor, integrated 3G from AT&T, 64 GB of on-board storage, 4 GB DDR3, multiple dock sensore and two cameras. Microsoft specifically said this should not be considered an iPad killer, as the device is meant to be a developer preview machine and when it finally lands in the market, it will run Windows 7. It’s a shame, as it’s a nice tablet.

The point of the tablet is to show off Windows 8 and its multitouch capabilities and it’s worth crowing about. Once you boot it up, you Windows Phone 7 fans will recognize many elements: from the live tiles on the start screen to the loading animations and even the sounds and look of the virtual keyboard, Windows 8 builds upon the visual aesthetic of Microsoft’s latest smartphone platform.

Apps on the home screen are displayed as live tiles and these can be customized with a few quick taps or moves. Needless to say, if you’re not a fan of the visual appeal of Windows Phone or much of its interaction method, you may be turned off by Windows 8.

The Samsung tablet has excellent responsiveness with the multitouch interface and Microsoft has said that it built in touch from the ground up. While a keyboard and mouse user will still be able to use Windows 8, it’s clear that this was built to be touch. Apps take up the full screen and the demonstration apps we’ve seen in the Metro-style are bright and beautiful.

Because this is a full Windows machine, you’ll be able to multiask with some of those gestures, as you’ll be able to “snap” an app to the left or right of a main app. You can resize these accordingly but you can only scale these to certain pre-defined sizes.

The Metro-style apps run smoothly, incorporate touch well and look nice. If you hate change, you can always hit the Desktop icon to go back to a Windows 7-like user interface for more precise apps like PhotoShop or Excel (the touch input is improved on that too).

After spending a few hours with the Samsung Windows 8 tablet, I was very optimistic and even excited about what Microsoft is trying to do: tablets don’t mean we’re in a Post-PC Era, as users may not have to sacrifice power for UI and touch capabilities.

Of course, that joy went away after thinking about it longer, as this is still a long time away from hitting the market, the touch interaction metaphors can be clunky sometimes and important factors like battery life and performance once you’re running a variety of “big boy” apps are still questions to be addressed. 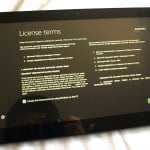 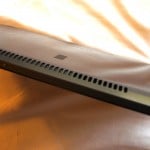 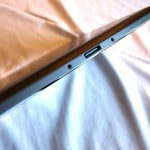 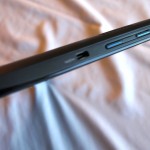 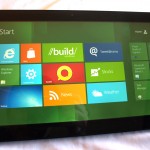 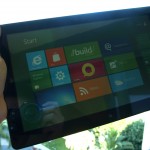 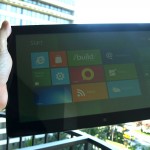 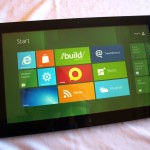 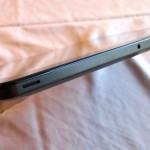 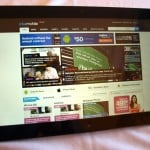 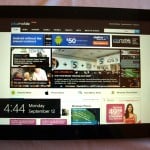 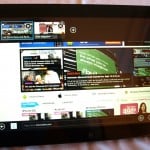 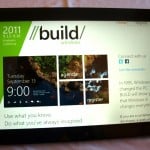 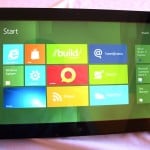 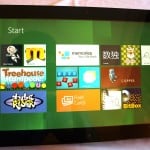 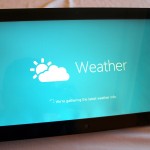 As expected, Microsoft used Build 2011 to show off its upcoming Windows 8 platform and the operating system is described...