According to “people familiar with the matter”, which is hands down the fanciest way to describe an anonymous tipster, Nokia is in the process of developing a brand spanking new mobile operating system called Meltemi. The project is being led by Mary McDowell, Head of Nokia Mobile Phones, it’ll be based on Linux, and it’s going to be targeted to “low-end phones” according to The Wall Street Journal. Now what’s a low-end phone to Nokia? Something that doesn’t run Windows Phone or something that can barely do more than handle talking and texting? Meltemi is a Greek word for the dry summer winds that blow across the Aegean Sea from the north, so … yea, we’re not smart enough to flesh out what that can possible mean.

What we do know is that Nokia needs to make up their mind when it comes to their software strategy. They dumped Symbian for Windows Phone, going so far as to kick the Symbian folks out of the company and move them to Accenture. In the low-end department there’s Series 30 and Series 40, the former for devices that cost less than what you spend every weekend at the bar with your friends, the latter for devices that we’d classify as midrange. Where will Meltemi sit? More importantly how big is the staff developing Meltemi, what’s the roadmap for the operating system, will contributions from the community be accepted, how much money will Nokia pour into the developing the project?

Nokia World is coming up in less than a month and we’re pretty sure someone is going to ask the Finnish handset maker about Meltemi. Right now Nokia isn’t saying anything, which isn’t a surprise, but we can just can’t help slapping our foreheads and wondering why they killed MeeGo, a Linux based OS for high end smarpthones, to work on Meltemi, a Linux based OS for low-end dumbphones. 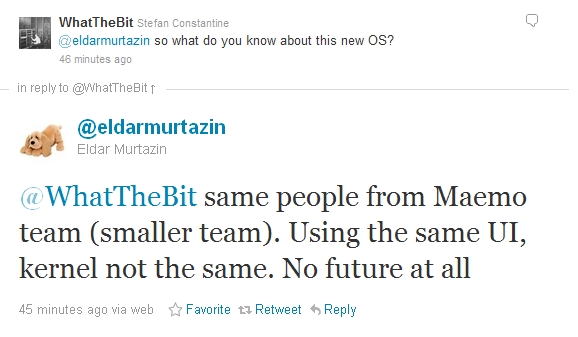 Nokia no longer the most trusted brand in India, can you guess who now holds the top spot?

After three long years of being the most trusted brand in India, Nokia has slipped to 5th place. Some might...