We’re mere hours away from Apple’s introduction of the next iPhone and while this is happening later in the year than what it has normally done, it’s still quite exciting. Will we see an iPhone 5 and an iPhone 4S? Will iOS 5 be good enough to compete against the strides Android and Windows Phone Mango have made? Let’s see what the IntoMobile editors have to say. 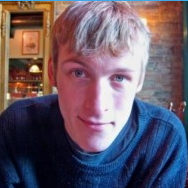 It’s been awhile since Apple has blown our socks off, and I suspect that the new iPhone won’t either. iOS 5 is mostly just a series of incremental tweaks that further blurs any sense of real differentiation between smartphone operating systems. Although most of the specs are still a mystery, the broad strokes are fairly predictable: slimmer profile, faster processor, and an enhanced display (either bigger, sharper, or both). NFC and LTE would be nice to see, and make the next iPhone properly competitive with the top-of-the-line Android devices available, but Apple has enough brand loyalty to pull in huge sales even if they skimp on those features.

What I’m really interested in seeing is the next iPhone after this one. With Steve Jobs out of the picture, I’m curious to see how well Apple fares without their staple fearless leader. My prediction is that the most interesting thing about the iPhone 5 will be that it’ll be the last distinctively Jobs product to hit the market, and Apple’s main challenge from here on in will be maintaining that standard. 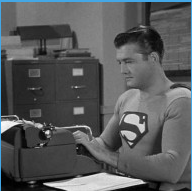 Apple’s iPhone is the most boring smartphone on the market, and I don’t mean that in a bad way. I bought my first iPhone on September 30, 2010, and it’s done everything I’ve needed it to do. No tweaking, no hunting for workarounds, I hate to sound like a fanboi … but it
just works.

Every iPhone since the first one that was introduced in 2007 has pretty much worked the exact same way and folks in some circles are somewhat annoyed by that, going so far as to start calling it stale. I say why mess with a good thing?

This next iPhone will probably be just the current iPhone, but with a better 8 megapixel
camera and the dual core A5 proccesor that’s in the second generation iPad. The next version of iOS is something I’m greatly looking forward to, not because of the new Android style notifications, to tell you the truth I don’t have any beef with the current notification system, but because of “Newsstand”. Carrying around magazines and newspapers
in my pocket sounds absolutely sublime.

What will it take for me to buy the new iPhone? If it doesn’t have NFC, I’m not buying it. Simple as that. If it does, my girlfriend will get my current iPhone for her birthday later this month, it’ll be a huge upgrade considering she uses a 2 year old Nokia 6700 Slide, and I’m going to get myself the fifth generation Jesus Phone. 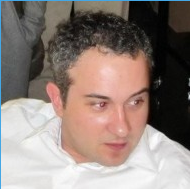 For one thing, I’m looking forward to revolutionary rather than evolutionary update to the iPhone. And when you think about it – that’s what’s needed at this point. Today’s Android smartphones are awesome (especially the Samsung Galaxy S II) and if Apple wants to get back its mojo, they need to bring the game to a whole new level. The question is whether that’s possible.

From what we know (and really all we have is a bunch of rumors), the new iPhone may sport NFC capability, bigger screen, dual-core processor, though it’s not clear whether it will be LTE-enabled or not. My bet is that the new iOS 5 will rock, once again showing the industry how to make a good user experience. Still, will that be enough?

Apple fans will undoubtedly flock to the new device instantly, but will BlackBerry, Android or other users looking to switch boats follow? I’m not sure. Guess we’ll have to wait and see … 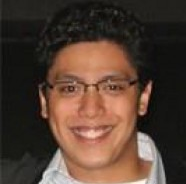 As Stefan said, the iPhone is now quite boring. The latest model has been on the market for almost a year and a half, and for most folks, that’s just fine. However, for us nerds who want the latest and greatest every few months, it feels like an eternity. The problem is that there is no problem. The iPhone 4 works just fine. After more than a year, my battery life still outlasts any of the newer Android handsets, the camera is just as good as day one and my phone never crashes. Ever. To reiterate my European colleague, it just works.

What do I expect in the next version? Well, I’d expect the same dual-core processor that the iPad uses, and I’d also expect better battery life. I can’t really say whether the screen will be any larger, and to be honest I wouldn’t mind if it remains under four inches. I’m also anticipating an 8MP rear camera with a sensor that rivals most point-and-shoot cameras on the market. Being a photography nut, this is a big deal for me. If we’re going to see an iPhone 4S, that’s what I’d expect inside the shell.

For an iPhone 5, I’m imagining a new design, but not a radical new design. What do people mean by “radical,” anyway? The iPhone is unmistakable in its design from the beginning until now. Sure, we’ve gone from aluminum to plastic to glass, but the essence of the iPhone remains the same, and I’m guessing that the iPhone 5 won’t lose that. I’m also imagining a 1.2-1.5GHz dual-core processor (though I had a dream once that a new iPhone employed a quad-core unit), 1GB RAM and a battery the size of the phone itself.

There are always expectations when it comes to new iPhones, but Apple manages to sneak in a few surprises, too. This is part of the reason why I hate writing anticipatory posts: I love being surprised and having to rethink what smartphones are capable of. So I have my base of wants and needs, and I’m hoping Apple makes me say, “Shit, yeah. I need that.” 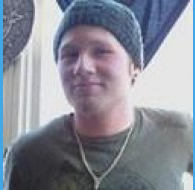 As much as the iPhone 5 will be the superior handset, I’m looking forward to the iPhone 4S more. What’s likely to be the new design of the iPhone 5 doesn’t appeal to be in the least bit. I get that Apple is wanting to make its new handset look similar to the iPad, and in no way will that make it an ugly phone but I still believe the iPhone 4 has been the best hardware Apple has created to date and the iPhone 5, while beautiful, looks incredibly plain to me.

Whatever ships this month from Apple will likely sell better than ever. Having the iPhone 5 on three of the four major carriers is the strategy Apple should have gone with in the first place but now that the anticipation is greater than ever, it’s going to make a killing. Again.

Still, whatever specs both of the handsets bring to the table, no matter how magical, I still don’t need an iPhone in my life to be happy with my mobile experience. I’m a tinkerer and will always stick with Android for its ‘hackability’. I’m also a spec-junky that loves bleeding-edge tech, which is something Apple usually avoids. iOS bores the hell out of me, even with iOS 5 and its great new features and I prefer the control that Android gives me.

I’ll likely be grabbing the Nexus Prime when it’s released, which will likely satisfy my smartphone crave for quite a while. That said, I’m not stupid and there’s certainly no way to deny that the iPhone 5/4S are going to kick ass. 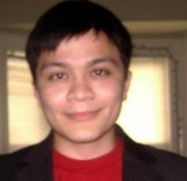 The rumors suggest we’re in store for an “iPhone 4S” which will sport a similar design to the iPhone 4 and have a dual-core A5 processor, more RAM and an 8-megapixel camera. I would be totally fine with that because I still believe that the iPhone 4 industrial design is one of the best in the business.

What really fascinates me is what Apple will show off with iOS 5, as the voice-control Assistant feature is supposed to play a large role in this announcement. I’ve been using the iOS 5 beta for a few months now and it’s pretty darn good – it fixed enough beefs I had with the platform to make me switch to iOS from Android. Apple always has a few tricks up its sleeves, so let’s hope it has something great to deliver on the software front.

Make no mistake, whatever Apple shows off on Tuesday will go on to sell millions of units in its opening weekend and will likely top 20 or 30 million by the end of the year but that doesn’t necessarily mean it will be the best. Devices like the Galaxy S II are truly amazing devices and even Microsoft has made strides with Windows Phone Mango. Apple’s next iPhone and software will just elevate the whole market and that’s a great thing for all of us.

Apple is all set to unveil the next generation iPhone or two tomorrow and we thought we'd comb through the...