A big part of today’s announcements at the BlackBerry DevCon 2011 was OS 2.0 of RIM’s PlayBook tablet, or at least an early beta of it. The user interface has a few small tweaks, but the main reason for this release is to give developers something they can start loading Android apps into. We’re still trying to figure out if we can shoehorn a few into this beta, but in the meantime, here are some of the small UI tweaks.

In multitasking view, each app now has a distinct title bar latched to the bottom of the thumbnail now. That makes for better visibility and control, plus that bar is needed for Android app control. Folders! There are folders, and they are good. Instead of manually shuffling an unending list of apps, you can now actually organize things in a sensible way. Instead of trying to make the old preset tabs some kind of subsititue for folders, the PlayBook now has generic home screens you can swipe between, which is closer to standard practice in the tablet and smartphone world. The top row is a bit more customizable, so you can show fewer than six apps, and shuffle them without messing up anything below it.

Finally, the PlayBook’s browser has a new Reader View. The iPad 2 had something similar, and I think it really illustrates some of my previous assertions that, no matter how much manufacturers like RIM and Apple might push their devices as hosts to the “real” web, the tablet form factor has inherent limitations that will force customized views like reader. Basically, it pares down individual pages (usually news stories) so it’s just the plain text, the headline and an image. Hyperlinks are included, but I think that’s as fancy as the formatting gets.

Bridge-less e-mail, contacts, and calendar apps are still notably absent, but as a developer preview, I don’t think RIM feels an awful lot of pressure to have those ready right away. They sure better have them ready to go in the next two/three weeks though; those are some core productivity apps that are a long time coming. 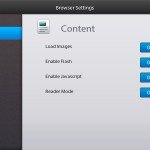 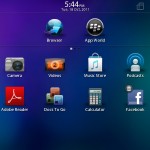 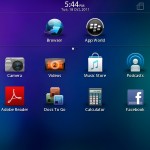 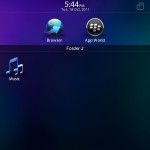 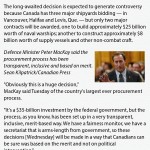 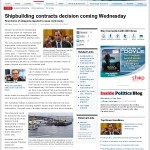 Today, RIM announced their upcoming operating system for smartphones - a re-jiggered version of the QNX OS on their PlayBook...