We’re patiently awaiting for it to be 7PM here in San Francisco so we can watch Google and Samsung take the stage and announce Android Ice Cream Sandwich and the new Galaxy Nexus running the latest and greatest. Luckily, you no longer have to wait for the official announcement until you get all the nitty-gritty on the upcoming handset, as DoCoMo has let just about everything you’d want to know slip about the handset.

It looks like BGR was dead on with the specifications of this handset, as the leak pegs the Galaxy Nexus to have a 1.2GHz dual-core processor and 5 megapixel camera instead of the more satisfying rumors of a 1.5GHz dual-core processor and 8 megapixel camera. While we have our doubts that the Galaxy Nexus will be any sort of slow, the hardware does seem to be a Galaxy S II with a slightly tweaks specs throughout. And I don’t care how great the sensor in the camera is, the average consumer is going to look at megapixel count more than anything else and assume a 5 megapixel is inferior, no matter what it’s packing on the inside.

Motorola is set to announce its latest devices today as well and apparently believes that it will be able to go toe-to-toe with the next Nexus handset. That remains to be seen but we have our doubts that the RAZR, as nice as it looks, will be able to sway those looking to jump on the Nexus ship.

One thing that does interest me is that even though this handset’s code name was apparently the Nexus Prime, the specs sheet shows the code name as being Tuna, or Tuna 4G. Sure, handsets usually have multiple code names but we only hope that there will be more than one handset announced later, even if it’s a GSM variant we’ve already seen pass through the FCC.

So what do you think? Are the specifications good enough for you or will you be waiting for something else? 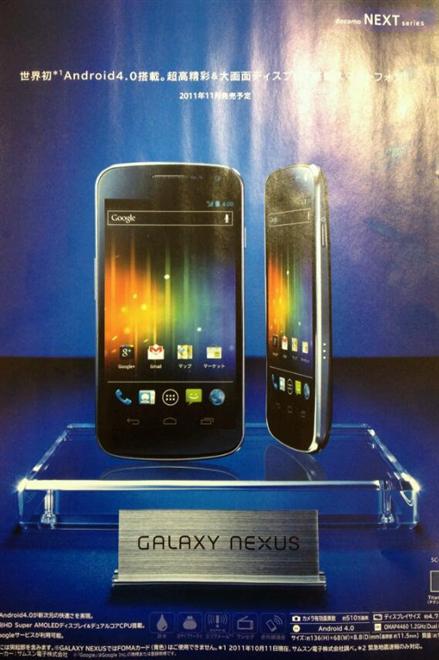