Last month AT&T announced that they were going to launch several new Windows Phone Mango handsets this fall, but they failed to provide images of said devices. Today Microsoft rectified that problem by finally showing off the Samsung Focus S and the Samsung Flash. The Focus S will sport a massive 4.3 inch Super AMOLED Plus display, likely the same one that we’ve fallen in love with on the Samsung Galaxy S II, a 1.4 GHz processor made by Qualcomm, and an 8 megapixel camera, which again, we think it’ll be the same awesome 8 megapixel shooter that’s in Samsung’s flagship Android device that’s currently on the market. The Flash is more of a mainstream product, it’ll have a 3.7 inch Super AMOLED (Note: Not Plus!) display, the same 1.4 GHz Qualcomm processor, and a 5 megapixel camera. We still don’t know how much these babies will cost or when they’ll be available for purchase, but it can’t be too long now! Also in AT&T’s portfolio is the HTC Titan, that massive 4.7 inch beast which we’ve already covered extensively. 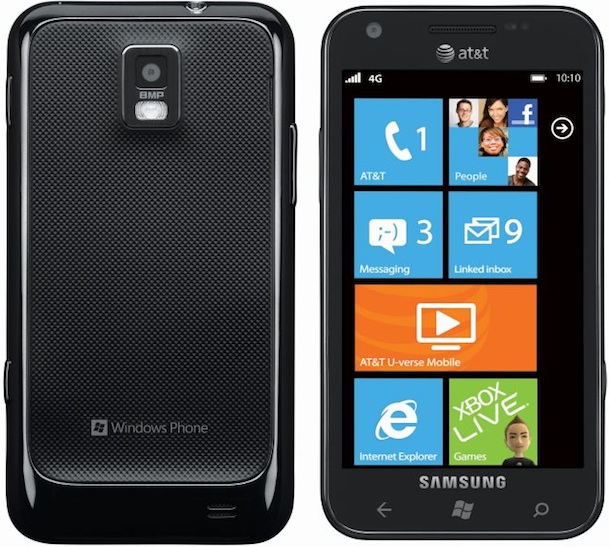 The real question is when will Nokia’s Windows Phones hit the American market? Is it going to happen this year? We’ll find out next week at Nokia world in London where we expect to hear about several new Windows Phone Mango products, which sadly will have the exact same specifications as every other Mango smartphone that’s due to ship. What’s going to make Nokia’s devices different are an increased focus on design, materials, and of course the still highly respected, though more recently damaged, Nokia brand.

Are you going to pick up a Windows Phone this holiday shopping season, or doe the new iPhone 4S and Samsung Galaxy Nexus look too good to pass up? We’ll be honest, Mango is good, but not great. Here’s hoping Apollo, due towards the end of 2012, is better.

Next Wednesday Nokia is set to hold their annual Nokia World event in London where it's expected that they'll reveal...