When Apple introduced the iPhone 4 roughly 16 months ago, they couldn’t shut up about the 3.5 inch “retina display”. After having used that display for over a year, this writer has become the biggest pixel density fanboi lucky enough to have a soap box to stand on that’s read by millions of people every month. Once you break the 300 pixel per inch barrier, there’s no going back, which is why we were floored when Samsung and Google announced the Galaxy Nexus last week in Hong Kong. That device packs a 4.65 inch screen with a resolution of 1280 x 720 pixels. Now smartphones are one thing, but what about tablets? Samsung announced a 10.1 inch display with a resolution of 2560 x 1600 pixels a little over 5 months ago, though they failed to say when it’ll actually show up in devices that we could buy from our local electronics store. It’s widely expected that the third generation iPad, which we’re assuming will be announced and be made available in the spring, similar to how the first and second generation iPad were announced and then shipped several weeks later, will have a “retina display”. Does the innovation stop there however? 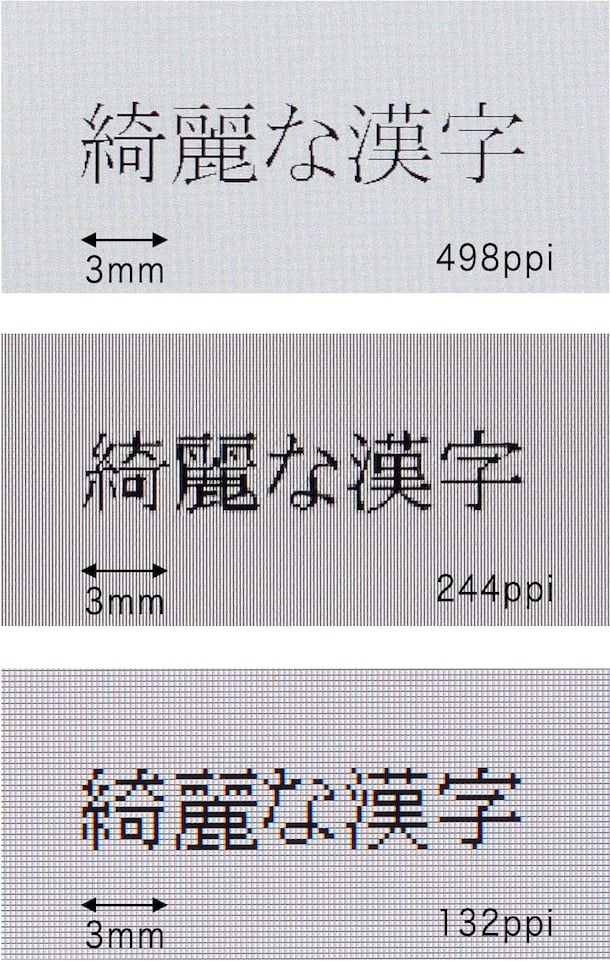 Now for the bad news, we have no idea when this thing will hit the market, and worse yet we don’t think anyone will even use it. Apple has made 10 inches the standard for tablets and 3.5 inches the standard for smartphones. The iPhone 5 will likely have a larger screen, and there are rumors of a 7.85 inch iPad mini, but 6.1 inches? The only company building devices with screens of that size are Amazon, and they’re using 6 inch electronic ink displays to prevent eye strain. We severely doubt they’ll switch to LCD.

Toshiba isn't done with Android on tablets, as the company is following up the Thrive Android Honeycomb tablet with the...