Apple’s baked some things into iOS 5 that they’ve yet to turn on, but thanks to the hacker community we now have access to two unannounced features: panorama mode in the camera application and an Android like keyboard that suggests the correct spelling of a word you’re having difficulty with. Panorama mode works exactly how you’d expect it to work, just open up the camera application, hit options, click panorama, and you’ll see a guide that helps line up your image as you move your camera from left to right. We imagine Apple wants to introduce this feature on stage at some point in the future so they can also show the press what a print out of said panorama would look like. They’ll likely mention that you can order a print of your panorama from the Apple Card application. 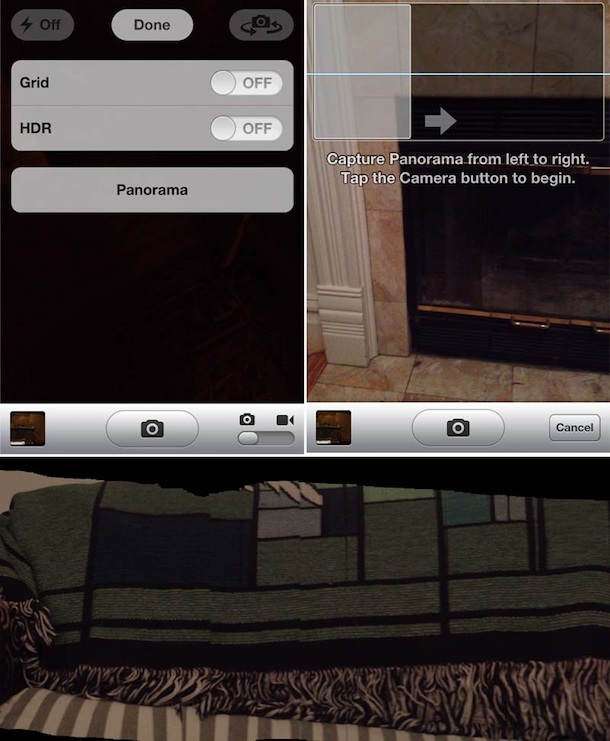 The keyboard should also be of no surprise for those of you made the switch from Android to iOS, but for the people who’ve never seen a smartphone running Google’s operating system, think of it like this: You’re trying to type “he’ll”, but iOS thinks you’re trying to type either hello or hell. Autocorrect is laughable most of the time, so why not let the user choose what word they were actually trying to type? Instead of having to take one’s eyes off the keyboard to click on a word with a red line under it, just correct as you’re typing. It’s a brilliant idea, and again, we’re sure Apple is going to show it off on stage and say it’s the best thing they’ve done to onscreen keyboards since sliced bread, potentially causing Android owners around the world to mumble a long string obscenities in front of their computers. We wish Apple would allow third party keyboards like Swype, but we know that’s never going to happen. 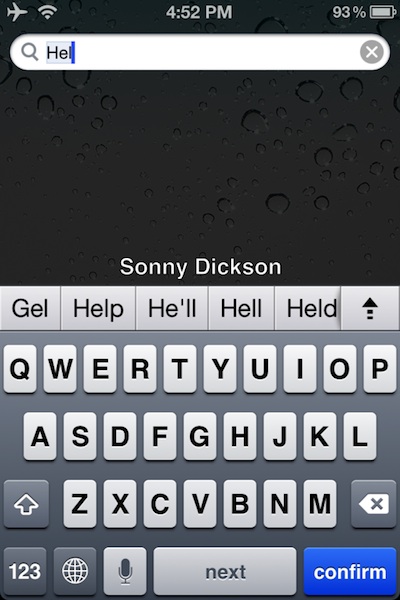 Anyway, if either of these two features sound attractive to you, make sure you head on over to 9to5Mac to get the detailed instructions necessary (links above) to make them work. It’s not that hard, and you don’t even have to jailbreak!

Well, we can add that to the virtually infinite list of squashed Apple rumors. Siri will not be coming to...