RIM was hosting a little get-together in Toronto today called the BlackBerry Innovation Forum where they were showing off a bunch of the stand-alone apps for the PlayBook that we’ve been waiting for, including e-mail, contacts, calendar. There aren’t any big surprises here, other than maybe a little more blue in the UI than we’re used to.

The e-mail app has easy access to multiple accounts on the left-side bar, while the right-side pane hosts most of the action, like reply, delete, and forward buttons. It seemed like there was full folder support in there, too. Particularly busy days will make the date number pop up large on the calendar, which is a nice addition. RIM had recently bought Tungle, an app which helps set up meetings based on providing availability blocks for all parties involved, and it’s safe to assume that those features will find their way into the native calendar app (though the shots from this preview don’t show as much). Finally, the contacts app integrates another one of RIM’s acquisitions, Gist. They provide extended social network information about the contacts you deal with, as well as rate their importance in your address book based on correspondence. Most of the screenshots shown in the demo are mostly the same old thing we’ve seen on PlayBook, but no doubt we’ll see the deeper integration with Gist soon.

So far, we’ve only been able to get access to native apps for e-mail, contacts, calendar, memopad, and tasks on the PlayBook if it’s paired over Bluetooth to a BlackBerry smartphone. This scheme, called Bridge, was primarily put in place to satisfy security needs in business usage, since RIM apparently couldn’t get the PlayBook’s fancy-schmancy new operating system to work with their existing enterprise product. More on that whole debacle over here.

RIM had previously said this software update for the BlackBerry PlayBook would be coming in February 2012, and the folks at this demo nailed down the date to the 17th. 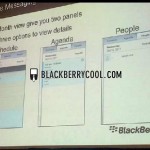 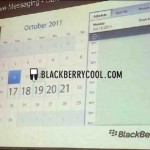 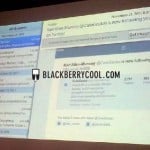 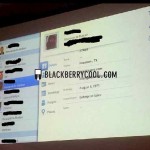