Virgin Mobile, the American prepaid operator that offers unlimited everything plans for just $55 per month, will soon introduce a pair of Android smartphones to the market according to PocketNow. They say that the two devices in question are manufactured by Chinese handset vendor ZTE and will be known as the Chaser and the Venture. Starting with the Chaser (pictured below, right), it’s assumed that it’s nothing more than a rebranded ZTE X500, meaning it’ll have a pitifully slow 600 MHz processor, 3.5 inch screen, and 3.2 megapixel camera. Still, if it’s priced right then the low end specs shouldn’t matter all too much. Next up is the Venture and it’s unique because it comes in a BlackBerry style QWERTY form factor. Not too many Android devices do that these days. It’s set to have the same specs as the Chase, except that the screen will measure just 2.8 inches across. 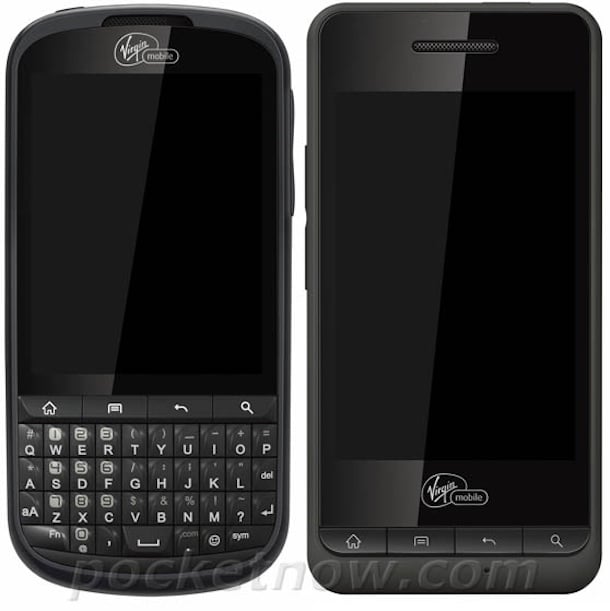 If you’re considering going prepaid, then you should look at your options. Virgin Mobile also sells a device called the Triumph that for all intents and purposes is a Verizon Wireless Motrola Droid X, but a tiny bit smaller. That’s a better choice than either of these two ZTE devices. Then on Boost Mobile you’ve got the ZTE Warp, which is … not really exciting. If you decide to go with either H2O Wireless or Simple Mobile, then that’s where things get interesting. They don’t sell devices, just SIM cards, so you can buy something unlocked like the Samsung Galaxy Nexus S for about $270 used, shove your SIM in there, and boom, have one of the best devices on the market with a cheap month to month plan. The Nexus S will also get the next version of Android, known as Ice Cream Sandwich, pretty soon.

Why buy something new and slow when you can go used and awesome? Do your homework!

Motorola Droid Bionic got the unofficial Ice Cream Sandwich ROM, compliments to developer dhacker29 of the TH3ORY ROM team. As...