Microsoft has sent out invites for a Windows 8 Consumer Preview event Feb. 29 and this will take place during the Mobile World Congress trade show, which indicates we may see multiple ARM-based tablets running this operating system.

Microsoft introduced Windows 8 in September of last year as a developer preview and this included a redone Metro-style interface which appears to be built from the ground up for touch interfaces. The Consumer Preview should be the only major beta we see of this before it is fully released to the public.

While the iPad and Android are taking up the lion’s share of tablets, Microsoft insists that these are still just computers and it reigns supreme in that market. That’s why it chose to make Windows 8 capable of running on a desktop or laptop setting and on a tablet instead of scaling up Windows Phone for the tablet form factor. If it breaks right, Microsoft is hoping that Windows 8 will provide you with that touch-centric tablet experience you want on the go, as well as the robust, desktop experience you’d expect from a Windows OS.

Of course, it’s going to be difficult to be everything to everyone and do it well. I spent a little bit of time with Windows 8 (check out the video below) and I was impressed with its ambition at the time but it was still very early on. There are still questions about how legacy apps will look and run on ARM devices – which make up the bulk of tablets – and if the Metro style is flexible enough to truly deliver great tablet apps that also look and feel good when you’re on a traditional computer setup.

Having the Windows 8 event at Mobile World Congress is also telling and I’d expect to see it make the tablet story a large part of this push. We also expect to hear some Windows Phone news, so it is shaping up to be a major show for Microsoft. 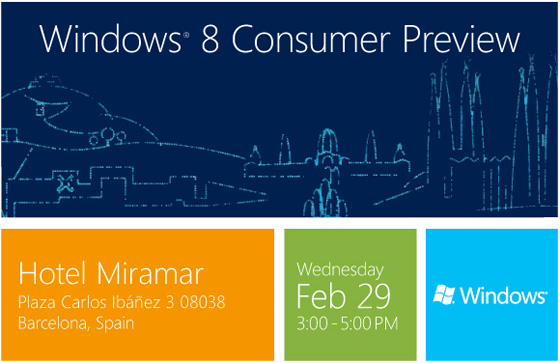 If you're looking for a new smartphone or tablet on T-Mobile, you should probably go into your local store this...