The upcoming Samsung Galaxy Note for AT&T is an interesting beast because its 5.3-inch screen really pushes the boundaries of how big a phone can be and not be ridiculous (it’s also brought the dreaded “phablet” into the lexicon) and Samsung even spent its Super Bowl airtime to officially show this thing off. Our review will be coming out shortly but we wanted to give you a head’s up on how the Galaxy Note feels, runs and if the S Pen stylus is actually worth a damn.

There aren’t too many differences between the AT&T version and the international Galaxy Note but the one hitting the United States will have a 1.5 Ghz processor compared to a 1.4 Ghz and it will also have access to AT&T’s “blazing fast” 4G LTE. It has roughly the same battery size and Samsung representatives said that there may be a slight change in the battery life due to the 4G LTE but they’re not expecting it to be significant. Additionally, the Android buttons are now capacitive.

When you first look at the Galaxy Note, you can’t help but think, “Damn. That’s a big phone.” And it is. The 5.3-inch display almost borders on the absurd in terms of size but Samsung was able to keep it so thin and light that you quickly get over how big the screen is. It also helps that the screen is freaking gorgeous, as it sports a 1280 x 800 resolution that really shines. Pictures are crisp and beautiful and it’s very, very responsive. As nice as the screen is, some of you out there may never be able to get over how large it is – one-hand operation can be difficult depending on the size of your mitts. 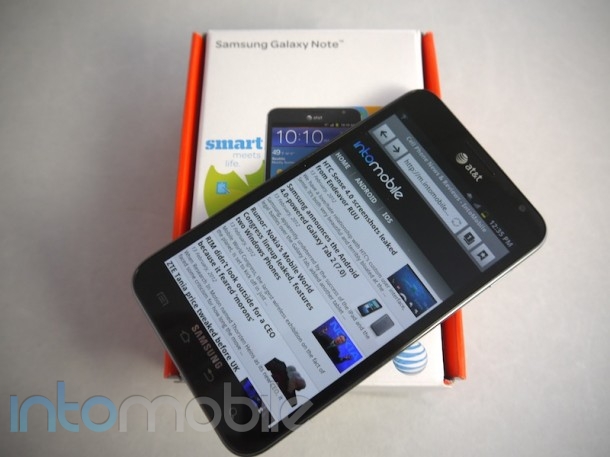 Yeah, it's a large phone.

You’ll also notice that the Galaxy Note comes with an advanced capacitive stylus called the S Pen. This stylus offers you the ability to jot down notes, annotate pages, take screenshots, crop photos, draw and a whole lot more. When HTC released a capacitive stylus with its Flyer tablet, I admitted that this isn’t the right type of input for me because I’m not artistic and would rather have my notes typed out. The S Pen is much more advanced than what HTC was doing but I still find it nearly useless, even if Samsung has put a lot of work into it.

That’s okay with Samsung though, as company representatives told me that it’s such a good smartphone that the benefits of the S Pen may not jump out immediately but users may lean toward it over time. Even if they don’t, it’s not like the S Pen is making the device any larger or anything.

The Samsung Galaxy Note is running Android 2.3.6 Gingerbread with Samsung’s TouchWiz UI on top and a few tweaks for the S Pen. If you’ve played with the Galaxy S II lineup the UI should be instantly familiar. While opinions on TouchWiz vary around IntoMobile, I happen to think it’s quite a bright and attractive way to present Android and this handset will also have a Samsung app which features curated apps. You can also look forward to the usual preloaded apps like Amazon Kindle, AT&T code scanner, Polaris Office and more. 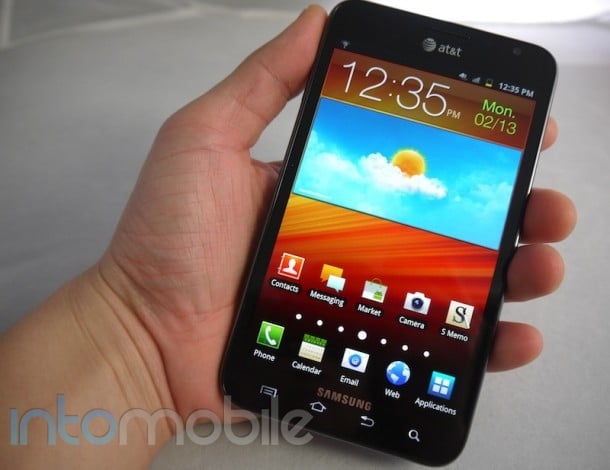 Here’s our video from CES 2012 and I’m working on pumping out a lot more regarding the hardware, software and that darn S Pen. Keep it tuned here for the latest Galaxy Note news and let us know anything specific you’d like in the review.

Oh and here’s the Super Bowl ad if you were curious: 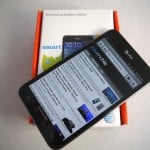 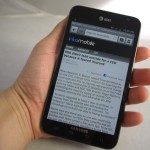 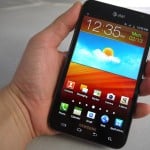 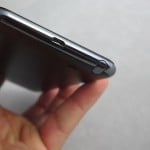 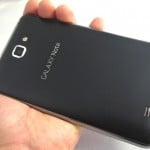 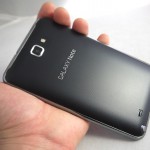 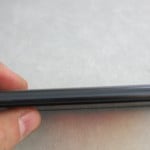 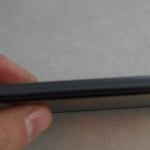 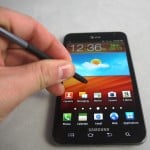 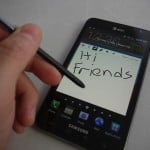 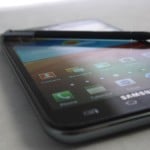 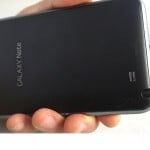 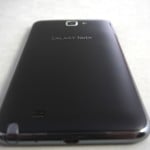 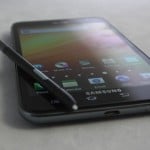 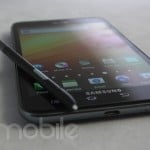 We have a love/hate relationship with HTC's custom user interface, Sense. It's both very beautiful and terribly bloated at the...