Today marks the day the PS Vita has officially hit retail stores in North America and Latin Americas, and boy, has it been a long time coming since it’s original announcement back in January 2011. Now that the PS Vita has hit store shelves, I couldn’t help but tear open my PS Vita box and get to using the system early this morning to see if all of the hype surrounding the device was well worth the wait.

Firstly, let’s get the specs out of the way. The PS Vita is a major update over the original PSP and PSP Go as it rocks a quad-core ARM Cortex A9 processor, 5″ OLED touch screen, a 960 x 544 resolution, 3G, WiFi, GPS, compass, accelerometer, gyroscope, 3.5mm audio jack with voice support, and a touch screen on the back of the device. In terms of dedicated handheld gaming devices, this thing is a beast when you compare it to previous PSP models and even the Nintendo 3DS.

When you put your hands on the PS Vita, one of the first things you’ll notice is its size, especially if you’ve been playing games on your iPhone or Android device for as long as I have. Its 5″ OLED screen sets the pace for the rest of the device to form around it, but when you start playing games like Uncharted on it, you’ll then see why Sony went with giving the PS Vita the size that it is.

The PS Vita’s GUI is very sleek and simple compared to the XMB Dashboard the PS3 uses. All of your applications have their own designated spots on different pages that you can customize. You’ll be able to move apps around to different pages, change the background color for each page, as well as retrieve information on the app such as home much space its taking on the PS Vita. Coming from a smartphone background, I felt it was very easy to manipulate the PS Vita’s GUI as all of the gestures I could make on the screen felt familiar.

As of now I’m extremely impressed with the PS Vita and how it has performed in the few short hours I have had it. One thing I’m anxious to learn is if it will be a good enough gaming device to take it around with me while I’m on the go to play games on, or will I succumb to the siren call of my iPhone or Android device as one of them is always in my pocket. This is exactly what I’ll be investigating when I publish my review of the PS Vita. For now, feel free to check out the photo gallery and my hands-on video embedded below. 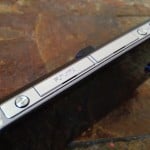 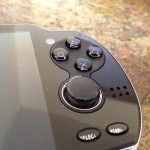 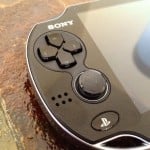 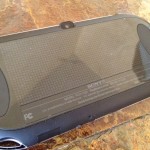 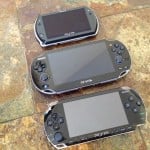 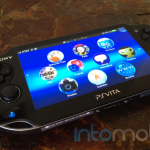 This past Sunday, AT&T started tweakings its 4G network campaign to boast an interesting new detail: the carrier decided it...