We’re just about wrapped up with Mobile World Congress 2012 and the largest mobile-focused conference was filled with major announcements from nearly every company. Not everything was a home run though, so let’s take a look at who really stood out from the crowd. 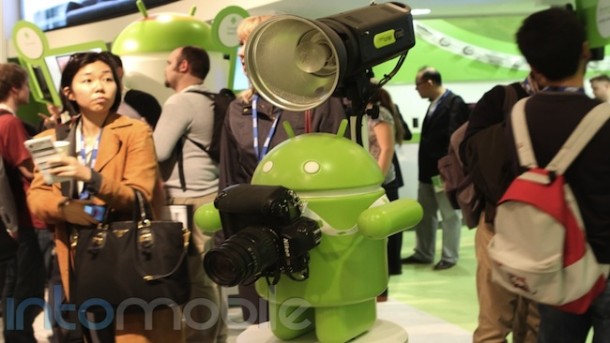 Google’s Android was the star of Mobile World Congress, as pretty much every lust-worthy device was running the Android operating system. Just think about it: the HTC One lineup, LG’s Optimus 4X HD and other top-tier devices had that little green robot powering it.

Windows Phone had a little bit of a boost with the Tango version – which is just being referred to as a refresh for Mango – and having this platform able to run on low-cost devices will be good for emerging markets. Still, it’s not quite as exciting as all the devices we saw using Android. Apple’s presence at MWC is limited and Research In Motion had a very low-key presence coming off its PlayBook OS 2.0 release.

It wasn’t all champagne and roses for Android though, as there were still too many devices that launched with Gingerbread and fans of stock Android may not like that we got multiple refreshed user interface skins on top of it. ZTE’s MiFavor, in particular, hasn’t got us too excited but we’ll give it some more time.

It was a great show for Android and Google easily wins the “best booth” award. Check out some photos of its gigantic booth here and take a peek at the video below for a sense of how crazy it was. 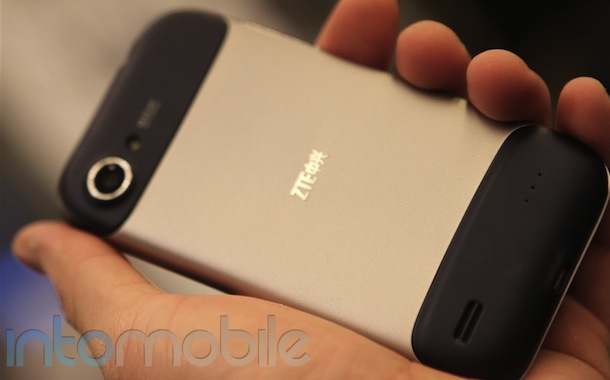 Fair or not, Huawei and ZTE had the reputation for being able to crank out a ton of mediocre phones but MWC 2012 may be the turning point where these Chinese companies are put on the same level at Samsung, HTC and LG. Huawei in particular is insanely ambitious and it may just be able to pull it off.

The Ascend phones look and feel great and one sports a quad-core processor that was built by Huawei. The Mediapad 10 looks to be a solid entry into the Android tablet space and it will be interesting to see how this winds up doing in the market.

Huawei emphatically said it wants to become a top three cell phone maker over the next few years and it also plans to try and crack the U.S. market by producing high-end smartphones and tablets. One thing that I’ll keep an eye on is if the carriers in the states will let Huawei keep its branding on products.

ZTE is already a top four cell phone maker and it also had a great show, even if we felt it didn’t achieve as much as Huawei. The ZTE Era packs a Tegra 3 quad-core processor and it has a top-notch look and feel to it (check out the video below). The Mimosa X and its Windows Phone Mango-powered Orbit didn’t wow us but both will likely sell well and are meant to be mass-market phones. 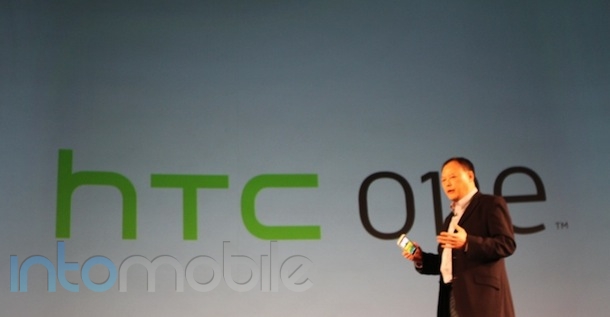 With the One series, HTC is clear that it wants to reclaim its title as the maker of the best Android phones.

The One X is a beautiful device that’s packed full of power: a quad-core processor, 4G LTE (in some models), 4.7-inch screen and a brand new image sensor which promises to deliver amazing photos. It runs the latest version of Android with the new Sense 4 and packs Beats audio. The One X just feels beautiful in the hand – the company spent a ton of time making this metallic backing feel soft yet sturdy.

This is all part of a strategy shift we heard rumblings about before.

Not all of the IntoMobile team is impressed with what HTC has done, as Stefan believes that Samsung’s upcoming Galaxy S III will blow the One X out of the water. That may be the case but for now, HTC had the best device of MWC 2012, so it clearly belongs in the “winners” category. 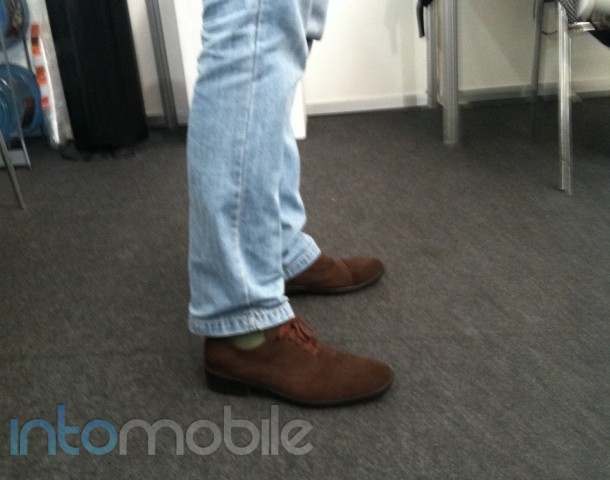 We all really busted our behinds and hurt our feet trekking around the conference center but that doesn’t mean we don’t have time to look good. Our lovely Dusan bought two pairs of shoes during MWC 2012 and he was very proud that he got them at a good deal. 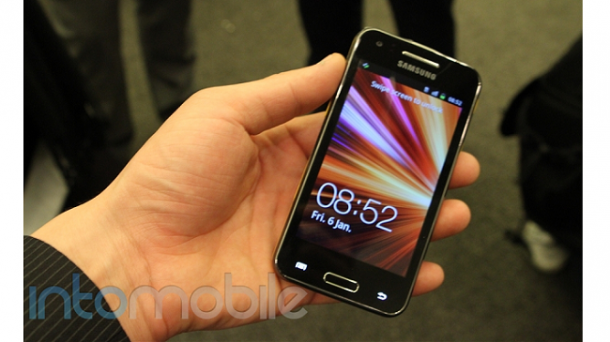 Samsung’s a loser this time but it chose to not play the game because it didn’t have a press conference for its new devices. Those wanting the Galaxy S III will have to wait for a later date but the rumored specs suggest it will be worth the wait.

The Galaxy Note 10.1 tablet, the Galaxy Beam and a handful of other devices were introduced at the show and these are solid devices but definitely not showstoppers. We get the feeling that Samsung could have really dominated this show if it wanted to, though.

Sony and Research In Motion 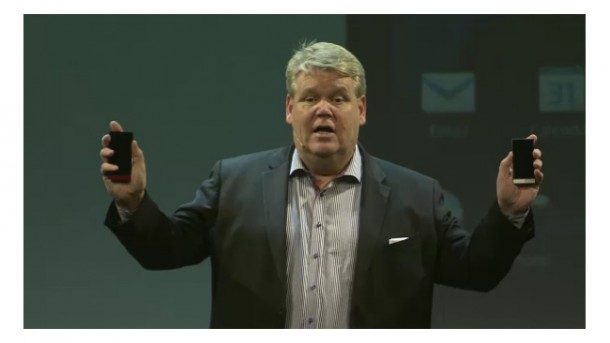 With Sony fully taking over Sony Ericsson, the rebranded Sony Mobile had an opportunity to really strut its stuff. The Xperia U, P and S are solid devices but these don’t seem to be generating much excitement. We dig the White Magic technology for viewing screens outdoors but we’re not sure how well these devices stack up against the competition.

At least Sony released something new, as Research In Motion didn’t really have much to push besides the recently-released PlayBook OS 2.0. While we dig the new tablet software (look for a full review soon), we would have loved to see something, anything regarding BlackBerry 10 on its smartphones.

Middle of the road 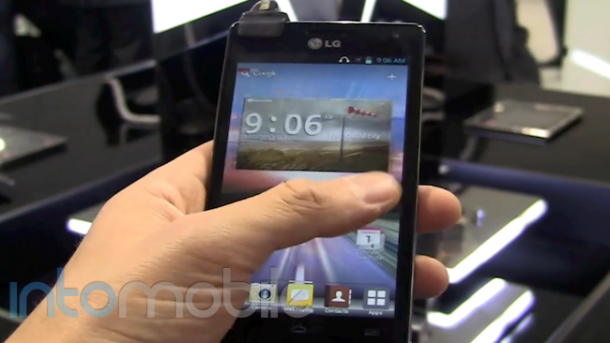 The LG Optimus 4X HD looks amazing with its quad-core processor and its beautiful screen but the rest of the devices it introduced seemed a bit bland. Maybe it was because the company pre-announced many of its devices but the Vu, L Series and Optimus 3D Max failed to inspire us.

LG’s problem hasn’t really been its hardware, as we couldn’t stand its software on devices like the Nitro HD. There’s a new version of its software layer built on top of Ice Cream Sandwich and we have some hope for it. 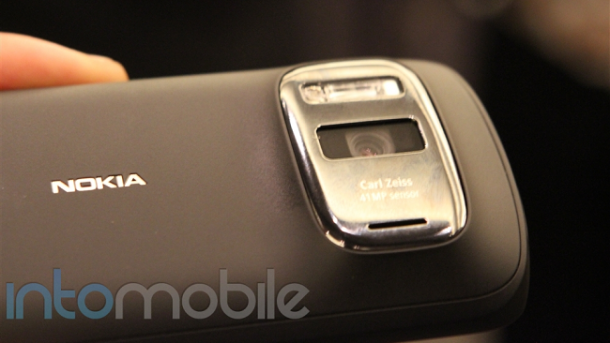 Nokia’s MWC 2012 lineup was kind of weird: we saw a 41-megapixel camera on a phone but it runs Symbian. It had a new version of Windows Phone but it’s meant for low-end devices. It’s probably still too early in the Nokia, Microsoft partnership to expect Nokia to roll out its ideal vision for what its Windows Phone should be but that doesn’t mean we couldn’t hope for another high-end device from it.

The PureView could be a game-changer for all photography though. The [fill in] algorithms enable it to essentially have the detail and clarity of a 41-megapixel camera all in the size of a 5-megapixel camera. Even though it’s running Symbian, it’s packed with enough power to make some of us consider it.

As for Windows Phone Tango, this software will make devices like the 610 available in emerging markets. That’s a necessary step for Microsoft and Nokia but not an exciting one.

Don't lie, Android fans. So far, sales of Android tablets suck. Apple is selling millions upon millions of iPads while...