If you spend it, they will come. That’s the message App Promo received loud and clear in their First Annual Development Survey. A whopping 52% of developers have absolutely no money set aside for marketing their applications, and the same percentage spends 5% of their time or less promoting their applications. This is despite 91% of developers believing that marketing is the key to app success. As a result, nearly 80% of developers don’t generate enough revenue to support a standalone business.

By contrast, there are about 12% of the developer population currently earning $50,000 or more in revenue. The top earners have one thing in common: marketing. The top earners spend about 14% of their time on marketing alone, and their marketing budgets tend to average around $30,000.

The end result: marketing matters. A shocking revelation, to be sure, but one that many developers can and should be taking to heart as they build the next great application. It’s not enough to simply build an app, you need people to know that it exists and that it makes their lives easier or more enjoyable. Without some form of promotion, be it marketing or being active on social media sites, your application isn’t going to succeed.

Editor’s note: It should be pointed out that App Promo sells mobile marketing and strategy. Take that as you will. 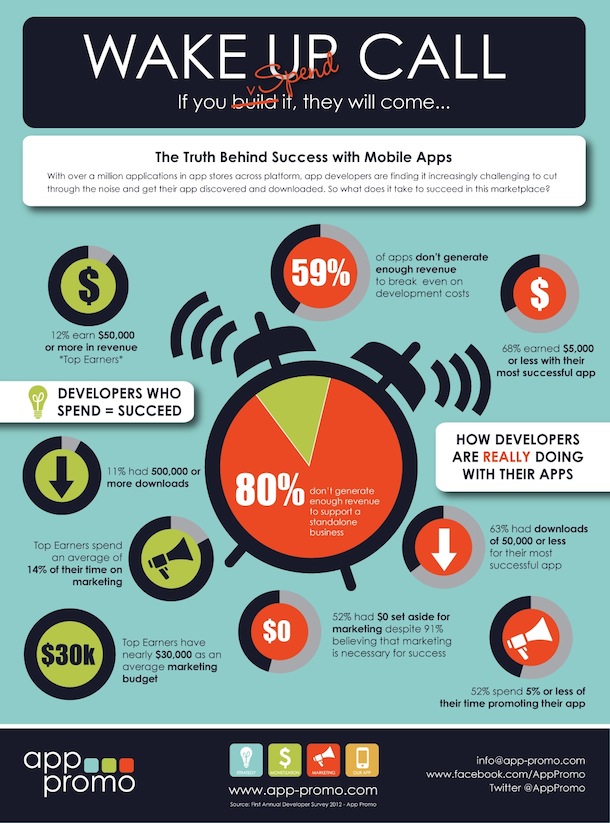 Conspiracy Theory: No one is supporting Windows Phone because everyone wants to see Nokia die

Earlier today I wrote about a leaked image of an as yet to be announced Windows Phone from Samsung called...