Apple is taking this locked down mobile operating system thing a little too far. Users are reporting that the Cupertino-based tech giant is filtering the term “Jailbreak” from the iTunes items. Apparently, all the listed categories are affected with this filter including Apps, songs, albums, podcast episodes, and iTunes U episodes. Don’t try to find the term jailbreak in iBooks either, as that is also being affected by the unnecessary block.

The site Shoutpedia found that 95 percent of its jailbreak searches came back looking like this, ‘j*******k.’ Moreover, the site also noticed the filter is currently applied on the iTunes store for the United States only, while other countries still get to see the complete word. Checkout the pic below: 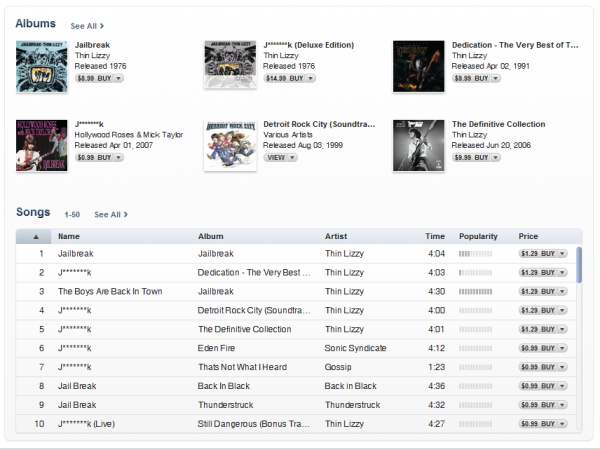 See, things like this put a stain on the great work Apple has been doing on the functionality front of its Mac OS and mobile operating system (iOS). Besides, it not only comes off as childish, but creepy in a dictatorship sort of way. Right now, this weird filtering remains a mystery, no one knows if Apple did this intentionally or added it by accident.

Do you believe this to be an “accident” or was this action something Apple planned?

AT&T is looking to pick up smartphones that will require it to provide lower subsidies, according to comments from AT&T...