In busy metropolitan areas, it can be a pain to find a taxi. Every year, the tech elite venture to Las Vegas for the annual Consumer Electronics Show, only to be met with hour-long (or more) taxi lines. In San Francisco, waits can be equally frustrating, as there are apparently not enough taxis to go around. Services such as Uber have been cropping up that allow you to reserve a professional driver from a smartphone app, but a new service called SideCar takes this idea a step further with ridesharing. SideCar turns any willing civilian into a personal taxi service, offering up their empty seats to get paying customers to their destinations.

Users of the SideCar Android or iOS application punch in their location and destination, and are connected to cars in the area who may be willing to give them a ride. They are also presented an average fare for the service, an average sum other users have paid for the same/similar route. Once you’ve arrived at your destination, you’re presented with a slider that allows you to increase or decrease the fare from the presented average. Sidecar gets a 20% cut of whatever you decide to pay, with the remainder going to the driver.

Yes, I know what you’re thinking; who in their right mind would entrust their lives with a stranger? A commenter on the TechCrunch article points out that people do it all the time with taxis anyway, and that this service isn’t all that different from a taxi service (minus the whole licensed, bonded, and insured thing). Of course, there are risks associated with lending a ride to strangers, and you should make sure you’re okay with a little risk before signing up for the service.

For its part, SideCar has added in several layers of protection already. All users of SideCar (drivers and riders) must have a valid credit card on their account, and drivers must pass a thorough background check, license and insurance verification, and interviews and training courses before they’re allowed to drive anyone. Further, there’s a rating system that will allow both drivers and riders to comment on their experience, and individuals with low ratings will likely naturally phase out of the program, since people won’t want to agree to rideshare with them.

Safety is a top priority at SideCar, as CEO Sunil Paul explains in an interview with Josh Constine (TechCrunch)

“We have multiple layers of safety. You have to have a valid credit card. As a driver we put you through multiple screens — background check for past criminal activity,  license verification, insurance verification. We do interviews with drivers, and we train the drivers

We’ve also got a rating system and investigate bad ratings. Both [the driver and passenger] can rate each other.  And there’s the ETA mechanism, so when you’re hanging out with girlfriend or sister and she orders a SideCar, she can send you a link that shows you where the car is as it makes its journey. We have to do what you can to build a safe environment knowing that there’s bad things [that] do happen.

I want to build a service that I could put my sister into, my girlfriend into, my kids into and not have to worry about it.” – Sunil Paul, CEO, SideCar

The SideCar application is currently available for iOS and Android. Currently, drivers are only available in San Francisco, but SideCar expects the service to be available in more locations soon.

Is SideCar a service you’re interested in using, or does the thought of SideCar make you squeamish? 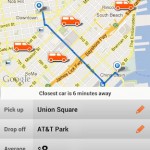 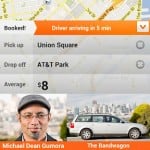 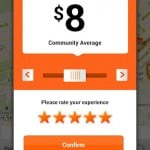 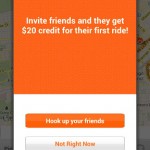 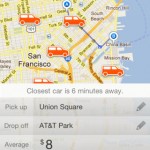 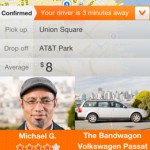 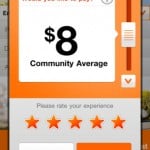 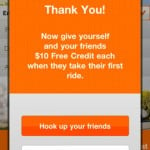 [via TechCrunch; Image from Honda]

Rumor: The next iPhone will have NFC (you all saw this coming, right?)

Every year for the past five years Apple has introduced their interpretation of what a smartphone should be. The newest...