In a day filled with announcements, Google has managed to grab itself a pretty unique patent. The search giant has gotten the rights to a patent which allows the logging in of multiple users by facial recognition. Patent ‘090 covers methods that allow a “computing device” to recognize one or more users’ identities based on facial recognition, and then give them access to resources specifically assigned to them. It simple terms, it’s just an enhanced version of the face unlock feature the company has on its Android 4.0+ devices now.

We don’t have any inside information into what Google’s plans are with this new technology, but all indications point to some time of Android involvement. As you can see from a small snippet of the patent filing below:

This sounds like a very interesting feature that would benefit future Android phones down the road if implemented. Google is really trying to shake things up with all of its newly awarded patents, like the one it won for technology that’ll let users answer calls using both ends of the phone. Again, who knows what the company has planned for this latest patent. 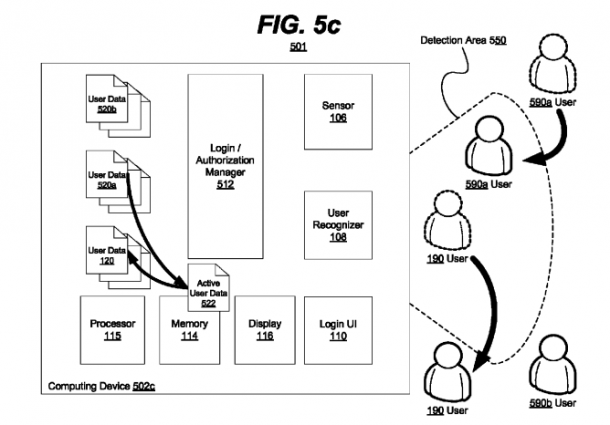 In the wake of the Samsung v. Apple verdict, Motorola has struck a license deal with Apple in Germany according...