We knew Google was going to reboot its Wallet service, but little was known as to how things would be different. According to some leaked screenshots, we might be looking at a very different approach from the search giant, and we may indeed see a physical Google Wallet credit card in the future.

With ISIS officially launched at this point, Google is looking to cover all its bases to counter the mobile payment system that three of the four major US carriers are behind. To do this, it looks like big G will be introducing physical Google Wallet credit cards to use when a “tap to pay” option isn’t available. To make it even a sweeter deal, Google may also be looking into creating a transit pass, but little is know if the transit card and the Wallet credit card will be one and the same. We can also expect features like P2P money transfers and sending money from your Google Wallet account balance to your bank account.

When Google first announced that changes would be coming to Wallet, we mentioned that NFC could take the back seat and no longer be a requirement to use the service, and it looks like that’s the route that the company is going in. The ability to tap and pay for something is interesting and novel, but chances are that you’ll still bring your physical wallet with you wherever you’re going. Google’s new Wallet credit card would allow you to link all of your major payment cards and allow you to change the payment method on the fly with the application. In turn, this would allow you bring only the one card and your phone, which you’ll likely already have on you.

Google’s new approach looks like it will recapture the attention of those who simply forgot about the service, as it never took off in the way Google hoped. I personally used Wallet about three times, which immediately garnered interested looks of those near the POS, but the lack of knowledge on the other side of the counter never made the transaction as easy as it should have been. Merging the old and the new forms of payment might literally end up paying off for Google this time around.

By lifting hardware requirements and offering up physical credit cards, Google’s Wallet service could indeed find its way onto many pockets and phones when it finally arrives.

Anyone finally excited for Google Wallet now? I know we are.

Check out some of the photos below, and hit up AndroidPolice for even more screens! 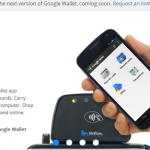 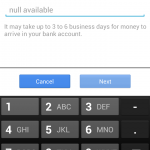 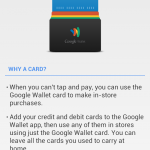 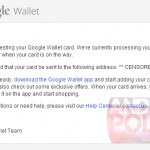 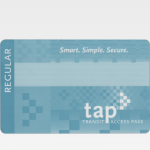