Concept phones are usually ambitious in their design and specs, and the latest Galaxy S IV concept is no different. All done up in a metal casing, this Galaxy S IV is one that we want in our pockets, desperately.

The spec list on the device runs long and sexy, and there’s a good chance we’ll see a good chunk of them in the real deal.

The specs of the concept Galaxy S IV go a little something like this: 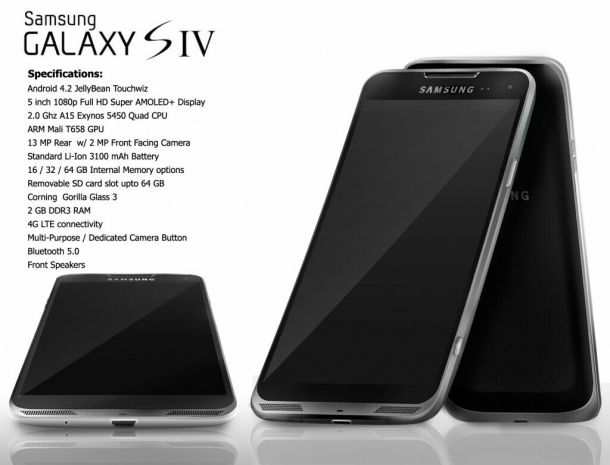 Sure, we’d love to see all of these specs make it to the Galaxy S IV, but it’s probably not going to happen. We’ll also likely still get a plastic handset instead of metal, which shouldn’t surprise anyone. However, the 5-inch 1080p HD display, along with the 13 megapixel rear camera, micro SD Card slot, 2GB of RAM, and LTE support will make the cut in the real product.

The fact of the matter is that it really doesn’t matter what Samsung puts into the Galaxy S IV. We already know that it’s going to be a powerful and great device, and that the company will sell millions in a very short amount of time. Still, looking at this concept designs certainly makes us wish that Sammy would into some better build materials and throw some front-facing speakers our way.

What do you think about this concept design?

As if any gamer out there needed another reason to get excited about NVIDIA's Project SHIELD, the company has released...