According to the China Times, the rumored iPhone 5S may be incorporating some new technologies in its hardware, such as NFC and a fingerprint sensor. The two hardware components could work together to provide a new security protocol pertaining to NFC payments, allowing users to authorize payment with their fingerprint.

Last year, Apple acquired a security firm, AuthenTech. Apple’s $356 million purchase of the company was focused on AuthenTech’s “Smart Sensor” technology, a fingerprint scanner that can scan 500 pixels per inch. Apple began acquiring components for the iPhone 5S during the second quarter of 2013, and the device is believed to launch in mid to late 2013.

Apple seems to have done most of the grunt work when it comes to a mobile payment system with Passbook, which now just needs the hardware to turn it into the beast of a system that it could be.

Monday’s details are concurrent with previous rumors by analyst Ming-chi Juo of KGI Securites, who has provided pertinent information to Apple’s releases in the past. According to Kuo, the iPhone 5S will launch in June or July, with the same design aesthetic as the iPhone 5 but with a built-in fingerprint sensor, a beefed up A7 processor and an improved camera.

Kuo also claims that the fingerprint sensor will be placed underneath the home button on the device, which will allow for identity verification when transferring files, making mobile payments and more.

As this is all still rumor, we will have to wait and see what Apple has in store for us when it releases the iPhone 5S.

Check out the photo below  for a look at how the fingerprint sensor technology functions. 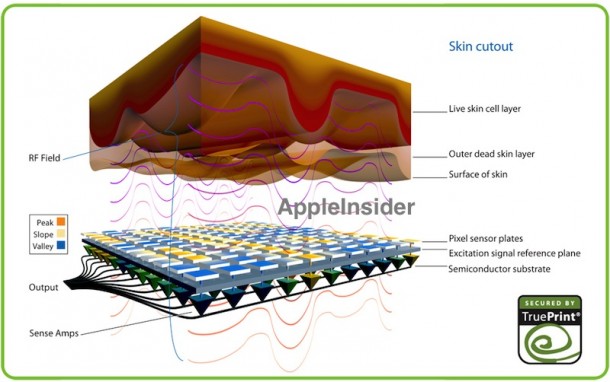 It looks as though Amazon's rumored Kindle phone is facing some delays, according to Digitimes. The smartphone, which was slated...