Some new images of the rumored Samsung Galaxy S 4 mini have made their way to Twitter today. While the device is nowhere near official, it would not be surprising if Samsung released this device, based on last years rollout of the Galaxy S III Mini a few months after the Galaxy S III launch. Twitter user @ErmEchkiN has posted pictures of the device, which looks much like its bigger brother, the Samsung Galaxy S4.

As with all rumors, only time will tell what Samsung’s official plans are for the Galaxy S4 Mini. 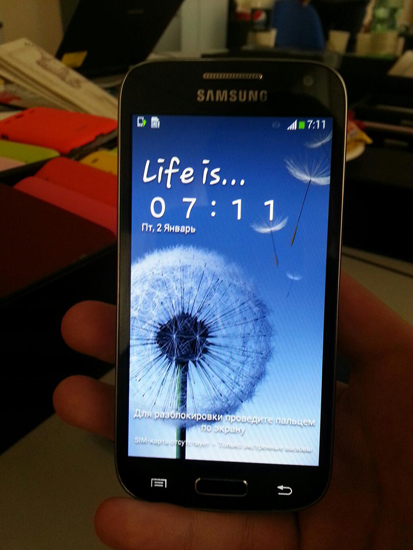 A new study examining the ways Apple iPhone and Samsung Galaxy S III users use their devices found that despite...