It looks like Sony is hard at work on a few upcoming Xperia devices already for the summer. Not only does it look like Sony will be bringing the Xperia A (Dogo) and Xperia UL (Gaga) to Japanese markets later this summer, but also a mammoth 6.4 inch phablet, codenamed Togari.

The Xperia A will bring the world plenty of power with its Qualcomm Snapdragon 600 CPU, along with a 4.6 inch HD display, 2 GB of RAM, and 32GB internal storage. The device should also be water and dust resistant like the Xperia Z. Other specs include a 2300 mAh batter, IR blaster, 1Seg Japanese TV, and NFC for mobile wallet support. We should find this handset land on NTT Docomo later this summer.

In the other corner is the Sony Xperia UL, which is said to be similar to the existing Xperia ZL. The Qualcomm Snapdragon 600 will be running the show, along with a 5 inch 1080p display, 32GB of internal storage, and 2GB of RAM. Unlike the ZL, the Xperia UL will have a 2300 mAh removable battery. You can also expect similar specs as the Xperia A, including the IR blaster, 1Seg TV, water and dust resistant, and NFC support.

The Togari will certainly be one beast of a device and will more than likely be using the same display that we caught back in January. Rumored specs of the phablet include the 6.44 inch 1080p IPS display, Qualcomm Snapdragon 800, 3GB RAM, Adreno 330 GPU, 32GB storage, 13 megapixel rear camera, 2 megapixel front-facing camera, 3500 mAh battery, NFC, LTE, Stylus support, and more. 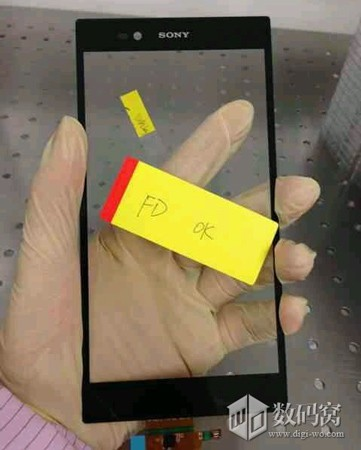 When/if the Togari phablet debuts, expect it to land at NTT Docomo as well.

T-Mobile to Offer HD Voice On Its Nationwide LTE Network