A picture of the rumored iPad 5 has leaked today, revealing an iPad that looks to be just a little bit bigger than the iPad mini. It’s definitely not the iPad maxi that is rumored to have a 12.9-inch display, but clearly has a screen size that Apple has yet to manufacture. The iPad 5 is rumored to have a 9.7 inch display, minimized bezels and a thickness that is 15% thinner than the iPad 3.

Rumored specs for the next iPad point to an Apple A7X processor to be running the show, an 8 MP camera and is expected to come in 16GB, 32GB 64GB and 128GB versions. The device should also support smart gestures and wireless charging, with a $500 price tag for the 16GB version.

We should see details of the next iPad coming in the next few months, as Apple has made it clear that no new devices will be announced until later this year. 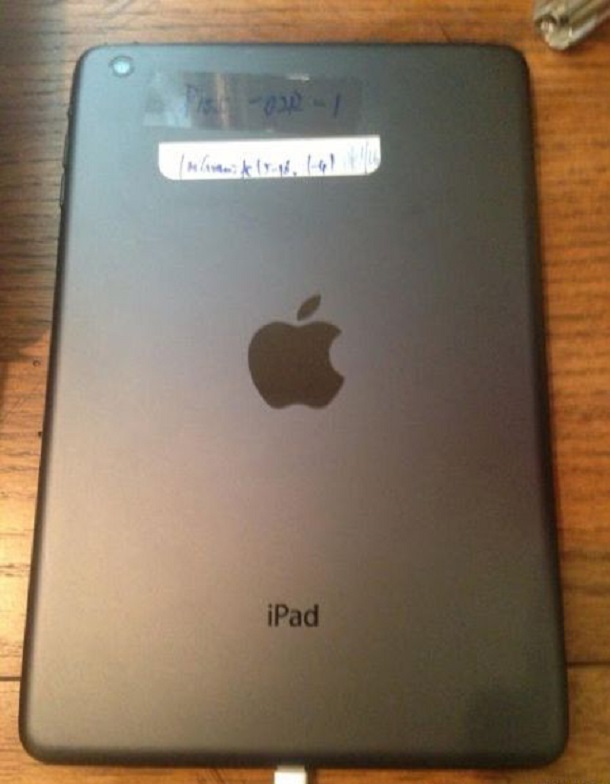