Apple has officially announced the iPhone 5S, bringing with it a wealth of new features. While many of the handset features have been repeatedly leaked out over the past few months, nothing is more official than hearing it come from Apple itself.

The iPhone 5S ships with the Apple A7 CPU, with native 64-bit kernels, libraries, and drivers, but iOS 7 itself will run both 32-bit and 64-bit applications. Apple claims that the A7 brings a 40x CPU improvement and a 56X graphics improvement.

As far as colors are concerned, the gold iPhone 5S is now a reality, along with a white version and a Space Grey model (black). 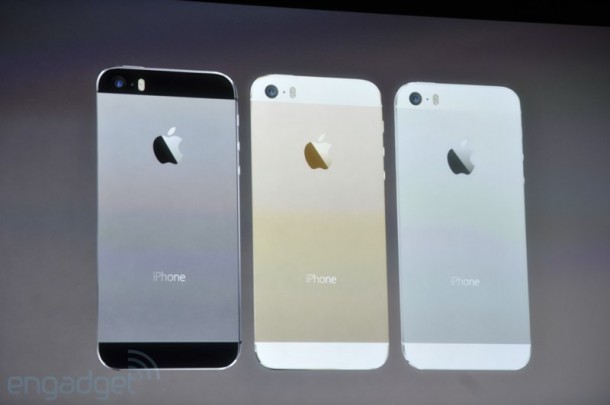 Other improvements include the addition of a dual-LED “true tone” flash on the rear-facing camera, which has also seen a fair amount of optics tweaks to make the experience even better. The camera includes an Apple-designed lens with f/2.2 aperture, along with a 15% larger active sensor area, and larger, 1.5 micron pixels. To top it off, the 5S’ camera can shoot in 1080p (30 fps) and 720p (120fps). 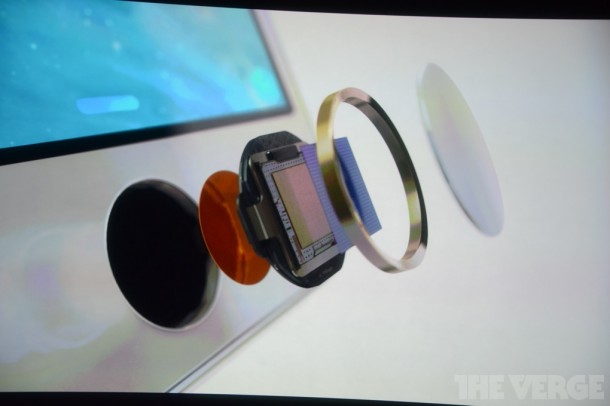 As expected, the iPhone 5S ships with Home ID, a new 170 micron thin touch ID sensor that can sense 500 ppi and can scan your sub-epidermal skin layers. Best of all, Home ID will allow you to scan your finger in any orientation

Other features you’ll find in the iPhone 5S is support for It runs OpenGL|ES 3.0, which should improve the performance of the device, especially in gaming dramatically. The 5S’ battery should provide users 10 hours of 3G talk time, 10 hours of LTE web browsing, and up to 250 hours of standby time.

The announcements for the iPhone 5S are still underway so stay tuned for an update soon!