Mutant League Football, a classic EA game released on the Sega Genesis is being resurrected via a Kickstarter campaign. An all-star development team has been assembled to bring back the mutant mayhem, including the genius behind the bloody fun, Michael Mendheim. The new title, dubbed Mutant Football League will bring the 20-year-old title to the present, aimed at releasing for the Xbox, iOS and Android devices.

The original Mutant League game debuted in 1993 on the Sega Genesis. The game combined one of America’s favorite past times, football, with zombies, monsters, flying limbs and of course, buckets of blood. Violence in video games at that time was highly controversial, and violent games were often stripped of their blood and gore. Not Mutant League Football however. The game quickly gained a cult following, and was followed up by Mutant League Hockey, a comic book series and even a Saturday morning cartoon.

So seriously folks, check out this Kickstarter campaign and help resurrect a cult classic. 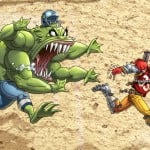 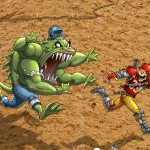 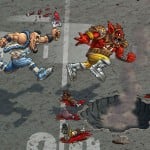 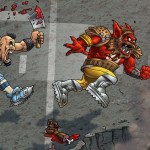 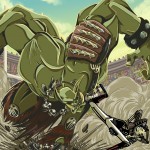 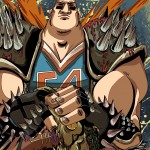 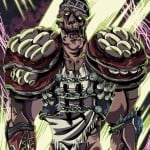 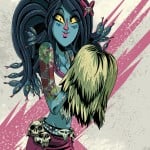 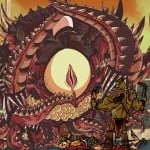 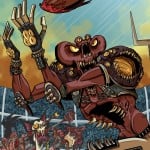 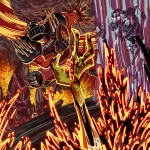 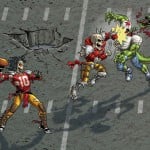 All of the Muck, Mutants, Monsters and Mayhem Being Brought Back to Life by Original Game Series’ Creator/Designer

Chicago, IL – September 16, 2013 – An all-star team of talent has been assembled to breathe new life into one of the video game industry’s most beloved, and downright brutal, sports-hybrid genres. Michael Mendheim, the original creator and lead designer of Mutant League, is initiating a Kickstarter effort for a new video game entitled Mutant Football League™. With fan support, and a successful Kickstarter campaign, Mendheim is planning to release his Mutant Football League game on Xbox LIVE, as well as on iOS and Android tablets.

The original Mutant League video game was released in 1993 for the Sega Genesis. The combination of monsters, mayhem, and good ol’ American team sports turned the game into a cult classic.

“It’s the 20th anniversary of the original game, so this is an ideal time to release a new over-the-top football game featuring monsters and mutants for the many fans who have been clamoring for it,” stated Mendheim. “The fans have kept their interest in this genre alive over the years and we want to reward them for their loyalty. We will be creating a new and very different game that pays homage to classic monster sports games and parodies the owners, the coaches, the sponsors and everything else that makes football such a great American sport.”

Mutant Football League will be a great-playing action football game with deep strategy, bone-crunching hits, over-the-top gore, a graveyard full of tongue-through-cheek humor, and a mind-blowing roster of original customizable characters, environments, and gameplay features and options, including:
Mutants vs. Monsters – 30 vicious teams featuring a variety of awesome, fully customizable Monster and Mutant characters including: Mutant Humans, The Undead, Battlebots, Orcs, and more!.
Maximum Carnage – Inflict devastating mayhem on the opposition with punching, kicking, bombs, clubs, axes and even chainsaws.
Killer Stadiums – The stadiums are filled with crazed and obnoxious weapon-wielding fans, and the fields are strewn with hazards, traps and debris. No field is the same, and all fields are deadly.
Dirty Trick Plays – These are mean, nasty, unfair and lowdown plays intended to hose the opposition, or if that doesn’t work, kill them.
Customizable Creatures – Create and name your own team and players, assign players a position, train them with skills and abilities, give them attack moves, add armor and weapons and let them loose!
Tongue-Through-Cheek Humor – A fun, entertaining and off-the-wall parody of the NFL, with all the excitement, hard-hitting action, lunacy, unspeakable greed, corporate ruthlessness, hypocrisy and over-the-top egos that professional sports has to offer.

A cornucopia of great Mutant Football League merchandise and one-of-a-kind items are available to backers of the project, including MFL trading cards, exclusive in-game codes, limited edition hardcover MFL Art of the Game Books, and entrance to the special MFL Launch Party in Chicago (home of Da Bears!).

LG Nexus 5 3D Render Surfaces, Get A Virtual Hands On!

Need to get your hands on the rumored LG Nexus 5, like right now? A new 3D render based on...