Up until last week, the rumored HTC One Max was expected to come rocking a Qualcomm Snapdragon 800 SoC, which would make sense right? Apparently not. @evleaks was the first to suggest that the HTC One Max would actually come touting a Snapdragon 600 or S4 Pro SoC. A benchmark filing has surfaced today, re-affirming @evleaks’ claim.

The image, which shows an AnTuTu benchmark score of 26417, which is tantamount to the performance of the HTC One, and comes in with a lower score than the Galaxy S4 and LG G2. While a beefier processor is a no-brainer in what looks to be a beefed up HTC One, HTC seems to think the opposite. The One Max is expected to be sporting a 5.9-inch 1920 x 1080 pixel display, 2GB of RAM, a 5MP camera with Ultrapixel technology, a 3,300mAh battery and 16GB of RAM and a Snapdragon 600/S4 processor clocked at 1.7GHz running on Android 4.3.

Why HTC decided to go with the slower processor is unknown, it is most likely to keep costs down as the HTC One Max will be going against the likes of the Samsung Galaxy Note 3 upon release. The processor difference may not change the user experience much either, but definitely puts HTC at a disadvantage when it comes to selling the HTC One max to spec junkies.

Some new photos of the device have surfaced as well, picturing the One Max next to the Galaxy Note 3.

What are your thoughts on HTC’s decision to go with the Snapdragon 600/S4 Pro processor in the One Max? 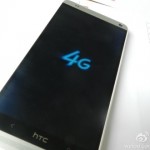 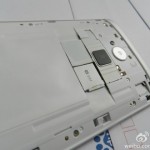 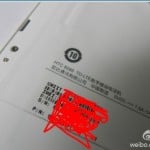 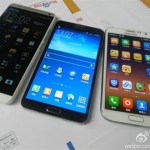 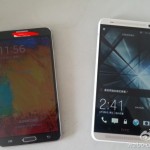 BlackBerry confirmed in a blog post that BlackBerry Messenger for Android and iOS will be available at the end of...