We’re still few days away from CES but that doesn’t stop Acer from unveiling its offering for the big show. The Taiwanese company announced no less than 5 different products, including a touch-enabled Chromebook, updated versions of its 7- and 8-inch Iconia tablets, affordable smartphone and an AiO Android PC. Here’s what these devices are all about. 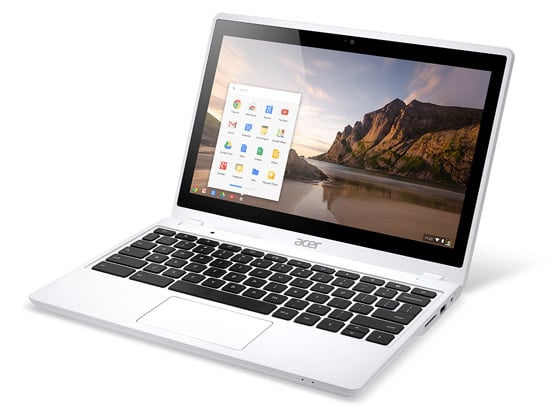 This is a new configuration of the popular C720 Chromebook line. It adds touchscreen and new color (Moonstone White) to the mix, while the rest of the specs are unchanged. These [specs] include 2GB of RAM, Intel Celeron 2955U processor based on the Intel Haswell micro-architecture, battery that lasts for up to 7.5 hours, 32GB SSD, 802.11a/b/g/n WiFi connectivity and an integrated HD webcam. All this will be available in the U.S. only for $299.99, and that price also gets you 12 Gogo in-air internet passes and 100GB of Google Drive storage for the first two years after purchase. 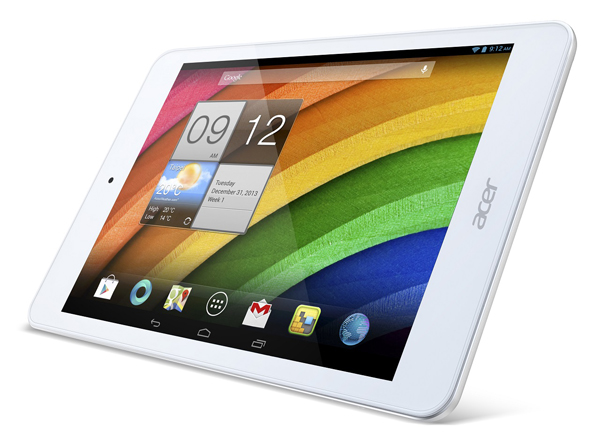 The updated 7.9-inch Android tablet with an aluminum metal back cover will go on sale for $149.99 in North America. The 0.32-inch (8.15mm) thick Iconia A1-830 has an IPS screen with 1024×768 resolution, Intel Atom (Clover Trail+) Z2560 1.6GHz processor, 1GB of RAM, dual speakers, 16GB of expandable storage, front and rear cameras, while Android 4.2.1 Jelly Bean is running the show. Alongside the tablet, the Taiwanese company will also offer accessories like ultra-slim Acer Crunch Keyboard and Acer Crunch Cover. 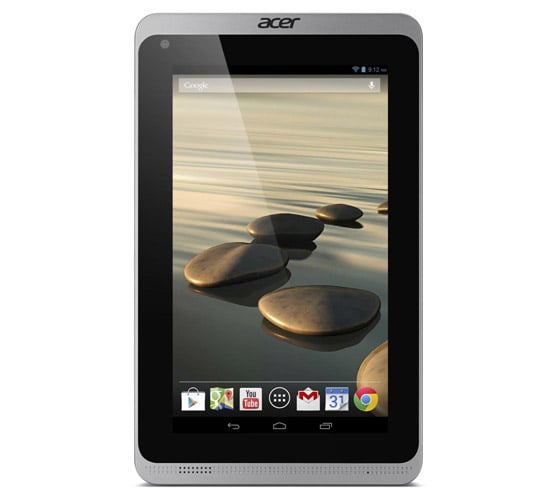 Another new version of the existing tablet, the Iconia B1-720 is the latest product in the Acer’s affordable Android tablet line. Compared to its predecessor, it comes with slimmer design, better sound and improved performance. This Iconia B1 will sell for $129.99 in both the U.S. and Canada; specs include a 1.3GHz dual-core processor, 1GB of RAM, front-facing camera and 16GB of expandable storage. Acer will offer protection cases (sold separately) for the Iconia B1 in multiple colors.

This model has already been announced so we’re not sure why Acer re-announced it again. Alas, let us repeat the key specs. This is a Windows 8.1-based tablet, powered by Intel’s Bay Trail Atom mobile processor clocked at 1.8GHz. It has an 8-inch LCD screen with 1280×800 pixel resolution, 5-megapixel rear and 2-megapixel front cameras, 32GB of expandable storage, microUSB and a microHDMI ports. It will be available on retail shelves around the end of January with a price of around 299 EUR. 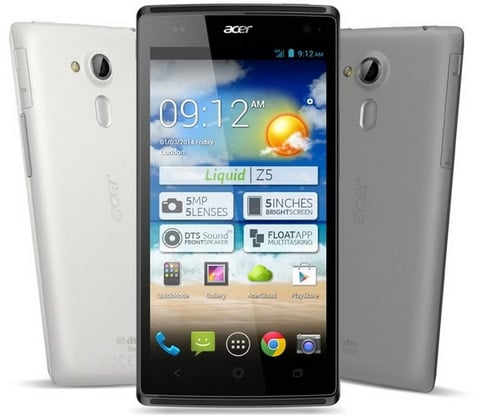 This is an affordable smartphone with a 5-inch 854×480 pixels screen. The Z5 also sports a 1.3Ghz dual-core processor, 5-megapixel rear camera with “5 elements f2.4 lens”, DTS sound technology, AcerFloat apps “for real time advanced multitasking” and 4GB of expandable storage. It measures 145.5×73.5×8.8 mm and has a weight of 147 grams. This model should start selling in mid-January for $230 (€169), starting with the UK, France, Germany, Netherlands, Belgium, Spain, Portugal and Ukraine. 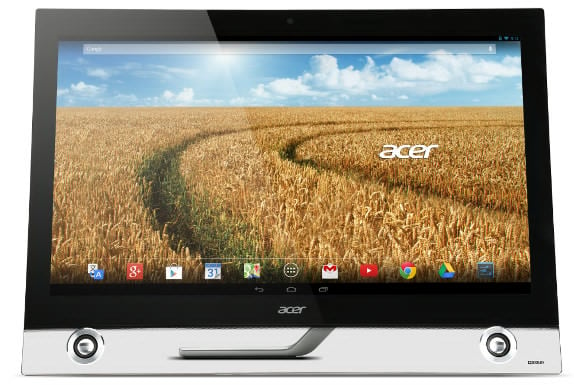 The Acer TA272 HUL is an Android 4.2-based All-in-One computer with a 27-inch 2560×1440 pixels touchscreen. It has a 2-megapixel front-facing camera for video calls, NVidia Tegra quad-core processor (Tegra 3 or 4, we’re not sure), Dolby Surround sound, HDMI and USB 3.0 ports. Perhaps more important for this kind of device, the TA272 rocks an adjustable tilt stand that allows folks to use it computer in various angles between 30 and 80 degrees. There’s also Acer’s BYOC (Build Your Own Cloud) feature included so you can seamlessly connect with other Acer PC using its own cloud service. Price is set at somewhat whopping $1099.

Pebble 2 to be announced at CES?

The Pebble team has been "fast and furious" with news and announcements to close out 2013, and it is now...