Today’s top smartphones are anything phones. The little pocket computers are packed with top of the line digital cameras, with huge megapixel counts and software which makes snapped pictures look like they were taken with a professional camera. The team at eBayDeals has put the HTC One, Samsung Galaxy S4, iPhone 5S and the Sony Xperia Z up against a Canon 5D Mark II DSLR camera with a Canon EF 24-70 lens to give us an idea of just how much camera power we are packing in our pockets.

The team arrived at this challenge with the goal of creating a level playing field for camera comparison, which is never an easy feat. After the pictures were snapped by a professional photographer in the Seattle area, the photographer then went through the pictures, rating them and adding commentary describing the shot. On top of that, 1000 people were asked to rate the photos, asked which camera produced the best shots.

How do today’s top smartphones stack up against DSLR cameras when stacked side to side? The results may surprise you. Check out some screenshots and commentary from eBayDeals‘ photo shootout below. 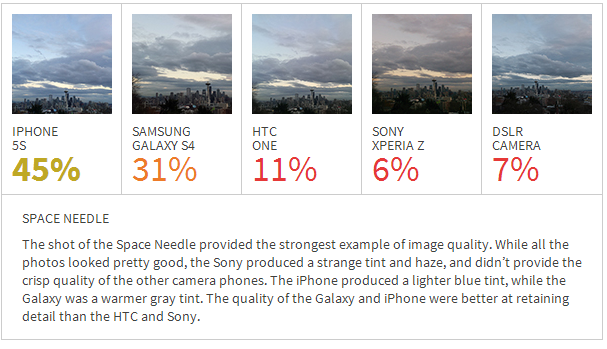 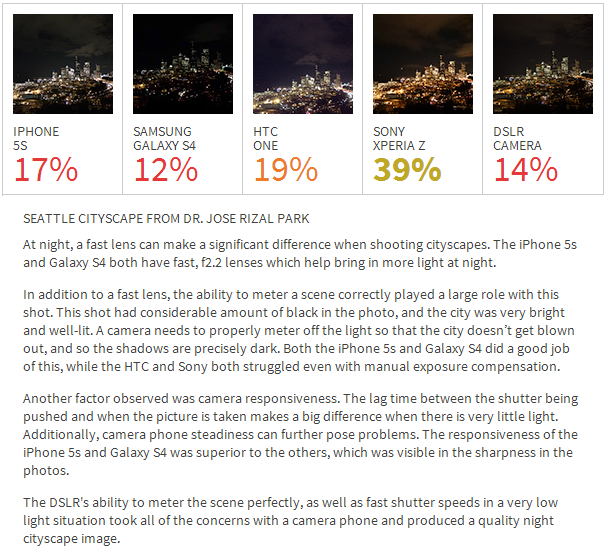 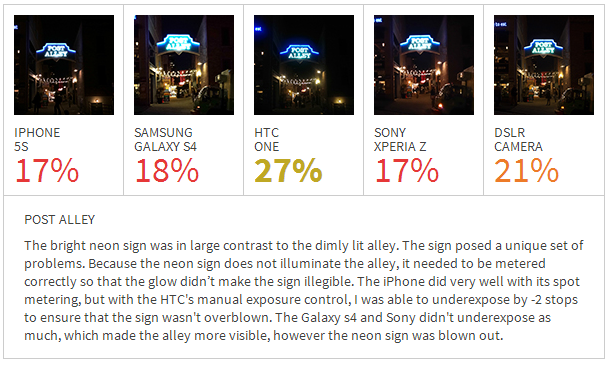 So, who won the shootout? The project returned no clear victors, but the iPhone 5S images were the most liked by the voters, and the Canon DSLR produced the most consistent and high quality images. The shootout does prove though that between the high megapixel cameras and software provided on the most popular smartphones, pictures can be made to resemble DSLR cameras with minimal effort. Professionals will always go for the DSLR, but for the average consumer who doesn’t have a couple extra thousand dollars to throw down for a new camera, our smartphones will do just fine.

We only posted a few of the comparison shots, so head over to eBayDeals’ website to check out the rest of the shooting conditions. WHat do you think of the comparison? Let us know in the comments.